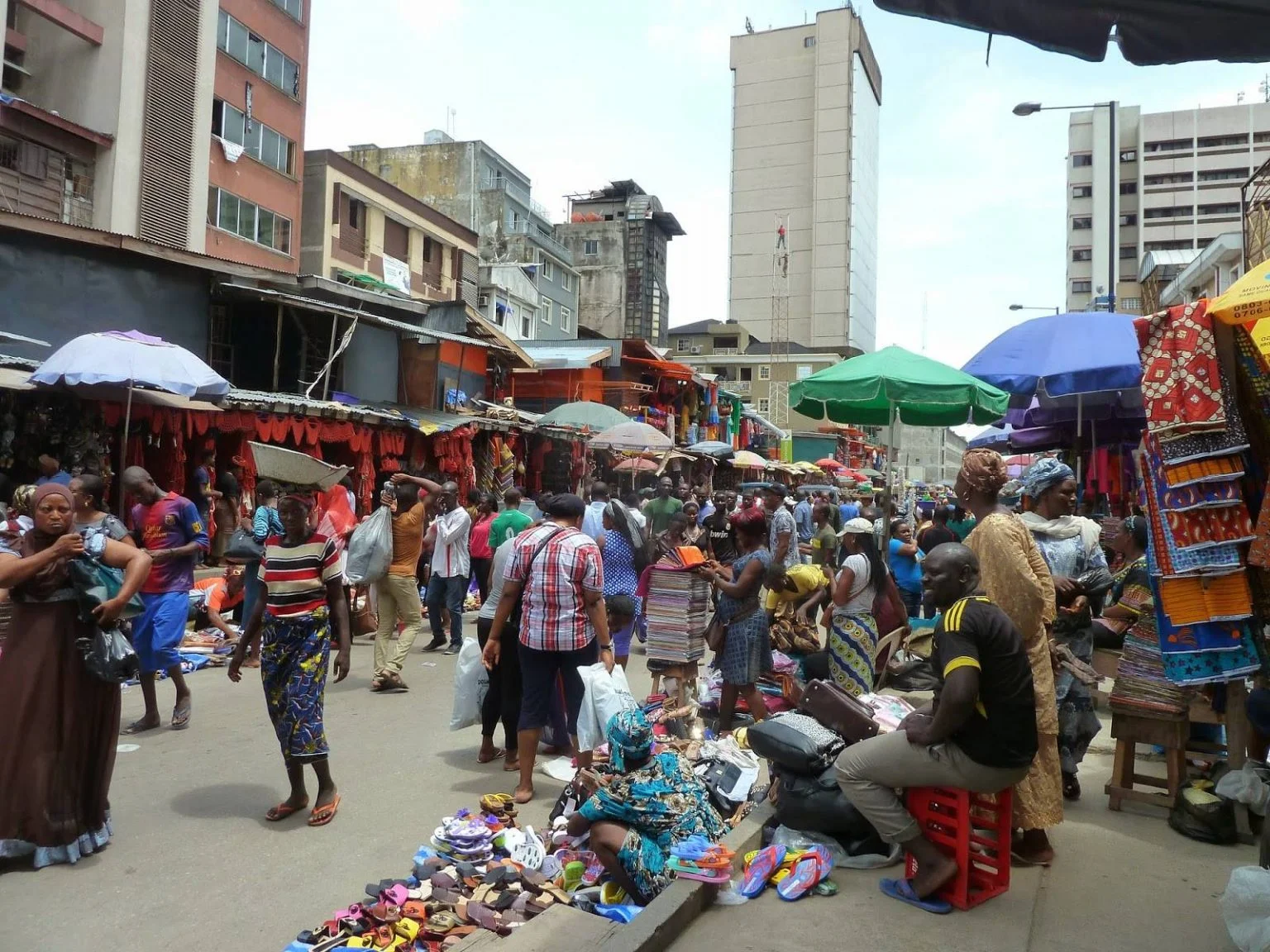 Consequent upon the recent fire outbreak at the popular Balogun market in Lagos, traders at the market have vowed that a woman selling Fabrics at the market be ejected forthwith from the market. The fabric seller,simply identified as Fausat Fusigboye,the CEO of Brasas Fabrics has been allegedly fingered for the inferno despite her own goods also in flames! 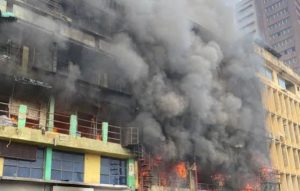 They are adamant the woman Fusigboye,vacate her shop and the market because they are no longer comfortable with her continued stay with them at the popular market.

The allegation: the traders at the market allegedly accused the woman of being fetish and using it to cause havoc in the market.

It was gathered that since Fusigboye began her trading business in Balogun market, 12 years ago, the Plaza which she owns, always gets burnt in October of every year. 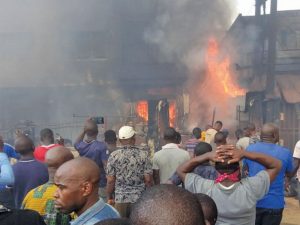 It was alleged that the fire outbreak usually starts from her plaza while others are left to bear the brunt of woes and hardships of the yearly incident !

They also said, that,the fabrics vendor,after each fire outbreak,always quickly restock or reequip her wares. within a period of three(3) months !!!

To buttress their assertions,it was rumoured that the fabrics seller has twice been sent packing from her previous shops in Oshodi and Idumota markets for the same recurrent fire outbreak.