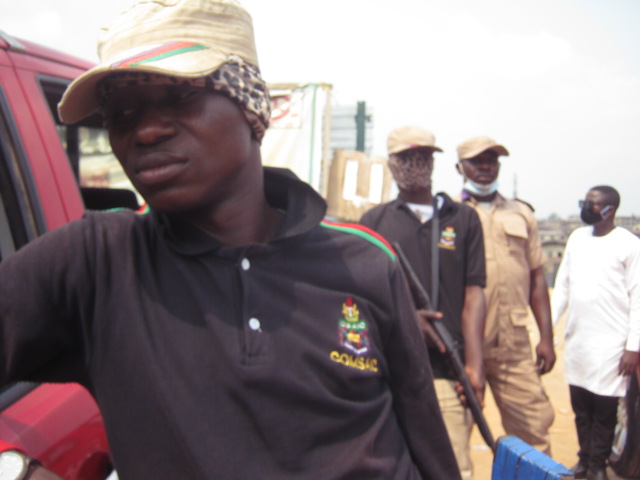 It was yet another unwarranted attack on Governor Oyetola’s convoy yesterday, 17th January, 2021 as he was returning from a ceremony of the APC Party Chairman of Osun State , Mr. Famodun.

According to our source, the ugly incident occurred at the old garage area close to the office of the Chairman, Lagos//Osun bus Association, Mr. Asirieniba. 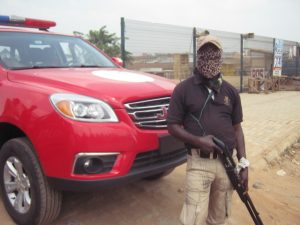 Information gathered revealed that Mr Asirieniba drove off abruptly in front  of the governor’s convoy thereby causing a pandemonium and thugs were later seen tearing all the mounted posters of the governor in the vicinity.

I chatted with one of the representatives of the Director of the security outfit-Amotekun drafted to maintain peace and orderliness at Olaiya Junction Motor Park, who prefers anonymity, confirmed the incident and asserted that the governor escaped the assault.

The Amotekun representative stationed at the Ola-Iya Motor Park said’’ we are on standby to maintain peace and orderliness without molesting anybody.

A visit to the scene of the incident at the old garage, in Osogbo, close to Asirieniba’s office, revealed only the debris of bonfire on the roadside waiting to be cleared.

Efforts to interrogate Mr. Asirieniba   proved abortive as those seen at the Parks he superintends refused to disclose any information or his whereabouts while some feign ignorance of the incident. They refused to talk to theinterviewsng reporter. 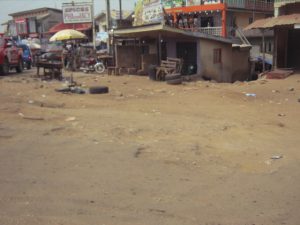 A snapshot of the Lagos bound bus garage close to the rail-line in Oshogbo indicates an unusual Monday morning of empty spaces without a single passenger bus in the queue. All shops in the area did not open for businesses as they have been deserted leaving the area only for the Amotekun security Outfit to keep surveillance of the environment to prevent any further escalation of break of law and order.

The whereabouts of Asirieniba is yet unknown as at the time of filing this report and no clue whether any arrest has been made.