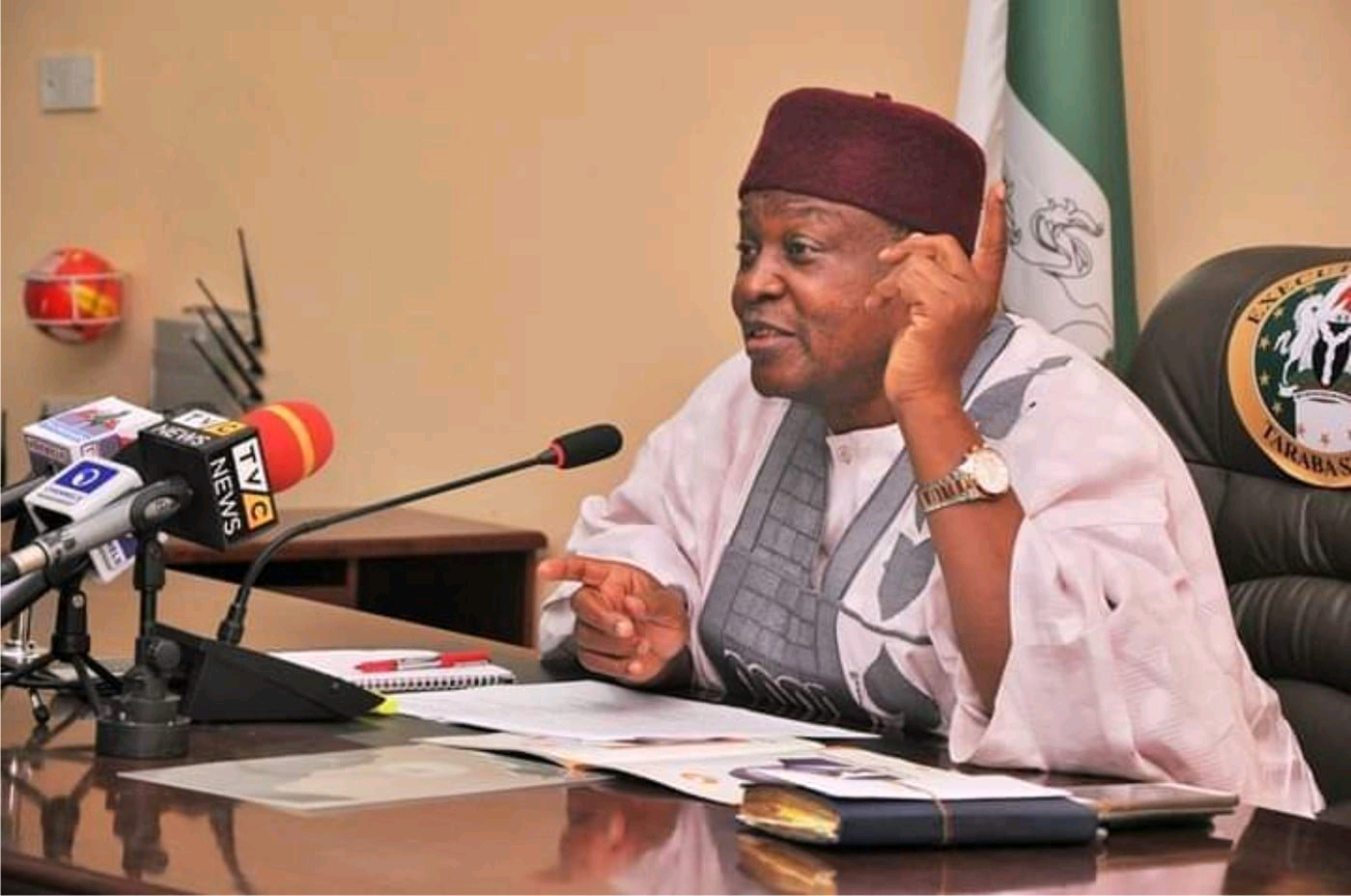 Governor Darius Dickson Ishaku of Taraba State has broken his silence over the arrest and detention of Samaila Yakubu, the campaign Director General of the member representing Wukari/Ibi federal constituency, Danji Usman Shiddi.

Yakubu, it would be recalled, was recently arrested by the police for offences ranging from incitement to public disturbances. Ishaku who on Tuesday exonerated himself from the arrest wondered why the leadership of the APC have continued to link the arrest to politics.

Speaking through his Commissioner of Information and Reorientation, Lois Emmanuel, the governor expressed sadness at the way and manner the member who doubles as the senatorial candidate for the zone is going about castigating him.

“The press conference by Danji Shiddi who is also the APC Senatorial Candidate for Southern Taraba where he alleged that democracy was collapsing in Taraba State was a total fallacy, “the governor said. Ishaku said, ”in his failed attempt to exaggerate the claim of a collapsing democracy, Danji Shiddi tried vainly to link me to the arrest of Yakubu, who is a Takum-based notorious political thug under Shiddi’s payroll”.

While calling on the people of the state to disregard the false alarm raised by the National Assembly member, he said his administration remained committed to sustaining democratic tenets in the State. Shiddi and the leadership of the APC in the state have since the arrest, accused the state government of suppressing opposition parties in the state. They also accused the governor of collaborating with the police command, to frustrate the dreams of APC from making headway in the forthcoming general elections in the state.