ABDUCTION:3million Has been Raised For Release of Abuja Businessman but Kidnappers no Longer Reachable 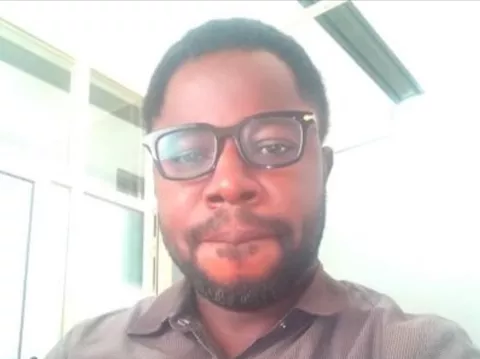 The kidnappers who demanded N10 million for the release of Abrahams Isaac Adigun, an accounting software firm owner abducted a week ago en route to Abuja from Lagos, have been unreachable for days although his family have raised N3 million of the said sum.

The kidnappers contacted the family on Sunday to demand a N100 million ransom, but they reduced it to N10 million after negotiations.

Although they gave the family a deadline of Thursday for payment, they have been mute since Wednesday.
It was also learnt that the kidnappers told the family to bring the ransom to Ojo bridge in Ibadan, the capital of Oyo State.

Abrahams Isaac Adigun, the abductee
FIJ gathered that the abductee had earlier informed his family about the trip, but around 7 pm on Saturday, the family could no longer reach him on the phone.

Speaking with FIJ, Emmanuel Adigun, the victim’s brother, said Abrahams shuffles between Lagos and Abuja but primarily resides in the latter.
“He told us he was leaving Lagos for Abuja, but at about 7 pm, the number stopped connecting. We tried reaching him all to no avail,” he said.

“On Sunday, we received a call that he had been abducted. They called my sister’s husband and later agreed to speak with only my father. Those are the two people they are contacting. During the course of the negotiation, we were made to know he entered a car with one other passenger and the driver drove them to his present predicament.

“The kidnappers started from N100 million. We begged them, they insisted on N10 million and they gave us till Thursday, but they have stopped calling since Wednesday. We are hoping he’s fine. So far we have raised N3 million.

“When my brother’s number was tracked, it was last seen on Kogi road. But the kidnappers asked us to bring the ransom to Ojo bridge in Ibadan. I guess the incident happened between Ibadan and Kogi.

“The number of the kidnappers has been off since Wednesday. They only flashed once on Thursday. I just pray my brother is alive; he’s the family’s breadwinner.”

When FIJ contacted Adewale Osifeso, spokesperson of the Oyo State Police Command, he said the case was currently being investigated.