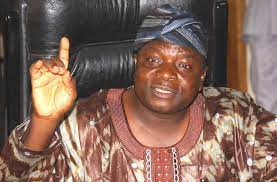 The ex-governor of Osun State, Olagunsoye Oyinlola has reacted to the furore going on in Nigeria and how the current President refuses to restructure Nigeria.

In a chat with the BBCYoruba, Olagunsoye said that he was one of the people that worked for President Buhari, in the election that brought him into power.

In his words,’’ we made many promises to the Yoruba people during the election. We promised that President Buhari would restructure the country and wipe away Boko Haram ‘’.

Because we believe that President Buhari is a former military, he will know all the tactics to finish Boko Haram within 6 months, but it is surprising to us that there are still Boko Haram in the country.

Oyinlola said, the former president, Olusegun Obasanjo, told us that he knows President Buhari very well and he doesn’t think he can serve Nigeria in the right way. He further begs the Federal government to let the country go back to the system that we were practising when we got independence in 1960. He claimed that it is the only way that can make us build the Nigeria of our dream.

According to Oyinlola, apart from the civil war, there is no other incident that creates fear in the hearts of Nigerians than the insecurity that we are facing in which bandits are kidnapping students. ‘’There is nothing wrong with Nigeria. We just need to change the system and wipe off the insecurity’’.

Oyinlola urges the presidency to fulfil their promise to the people, especially the restructuring that we used to sell president Buhari to the Yoruba during the election.