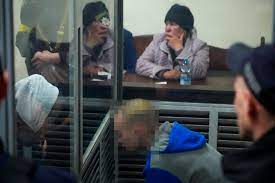 Russia was hit with tragic news w that its 21-year-old  soldier had been convicted to life in prison. This situation has elicited a large range of reactions on social media. 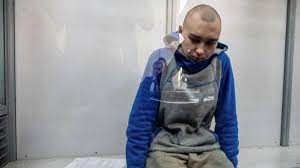 According to reports, the Russian soldier admitted to a Ukrainian court on  Monday that during  Russia’s aggressive invasion of Ukraine, he shot and killed a 62-year –old civilian.

The Russian soldier’s case is the first to be heard in court following  Russia’s attack in Ukraine, which resulted in the death of many people and the destruction of property. 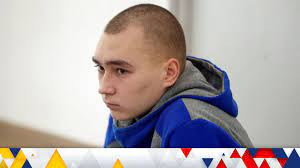 According to  CNN, a Ukrainian citizen was shot in the village of Chupaklvka in the sunny region’s northwestern region.

The Siberian –born Russian soldier told the court that he followed orders from his commanders.

During the hearing, the soldier expressed regrets for his acts in Ukraine, but the prosecution demanded life in jail.

Meanwhile,  the soldier’s defense has requested an acquittal from the court, claiming that the man was simply following instructions from his superior.

However, this development has received mixed reactions from Netizens.

Have a look  at some of the Reactions Below: