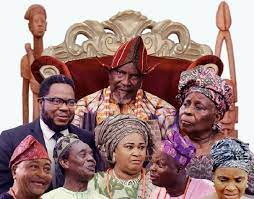 The popular soap opera/drama series –Village Headmaster,  of the early 60s and 80s, written by the late Olusegun Olusola, and directed by  Adejumo Lewis is now back on the television tube.

At its inception, the Village Headmaster was a household drama series shown on the NTA Television Station and embedded with comical, exhilarating cultural, social, and educational lessons. 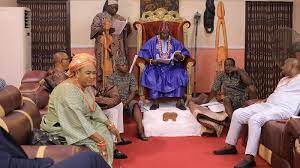 The setting of Village the Headmaster is pseudo named Oja,   a local village. The theme of the drama revolves around what goes on around us, be it social, government policies, and their effect on the community.

The dramatis personnel reflected different ethnic groups in the country and the language employed is Pidgin or ‘language of the creeks’, code-switched intermittently with Standard English and Yoruba Language which provides the opportunity for every viewer to understand what goes on in his environment, thereby promoting unity in diversity.

It was gathered that the comeback of the Village Headmaster was a result of the collaboration between the Nigerian Television Authority (NTA) and Wale Adenuga Productions (WAP).

In the same vein, kudos must be extended to  Globacom, a Communications service provider’s involvement in sponsoring the TV drama series.

Describing it as Iconic, Globacom said it remains unmatched and unparalleled in the annals of Nigeria Television .’’

‘’The programme has undergone a spectacular makeover by Wale  Adenuga’s WAP TV’’.  For Globacom to be involved in this laudable project, viewers should expect a World Class show.

Unlike in the past, the drama has been moved out of the studio and now with an outdoor rural setting making it more real.

It is noteworthy that the behind the scene of the drama series is an alert and inspiration for those who have not been watching it to stay glued to their tube for this educative and entertaining TV Drama series.