Oct 27, 2021 Military Coup in Sudan Update, One wounded protester on a stretcher 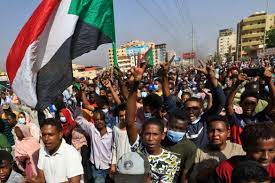 Pertinacious protesters remain on the streets of Sudan after the country‘s armed forces launched a military coup.

Chanting and waving flags, they blocked roads in the capital Khartoum and around the country as a result of the military takeover of the government. 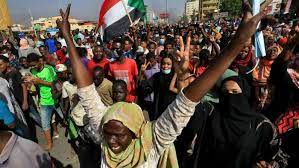 The live updates, according to the BBC, civilian leaders and their military counterparts have been at odds since long-time ruler Omar al-Bashir was overthrown in 2019.

US Secretary of State Antony Blinken said the military’s action re a betrayal of Sudan’s peaceful revolution’’. The US has halted $700million (#508m) in aid. 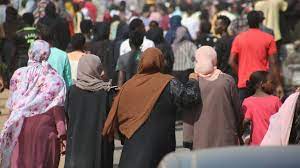 After a night of protests, demonstrators were still on the streets on Tuesday morning demanding the return to civilian rule.

‘’Civilian rule is people’s choice, they chanted as they set up barricades of bonfires. Many women are also taking part, shouting’ No’, to military rule’’.

The protests continued despite troops opening fire on protesters on Monday. 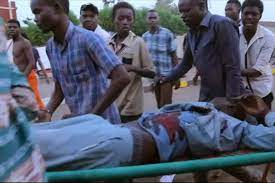 One wounded protester told reporters he was shot in the leg by the army outside the military headquarters, while another man described the military firing first stun grenades, then live ammunition.

‘’Two people died, I saw them with my own eyes said Al- Tayeb Mohamed Ahmed.  Sudan’s doctor’s union and the information Ministry wrote on Facebook that the fatal shootings had happened outside the military compound.

Recall that Gen Burhan has said Monday‘s coup was justified to avoid ‘’civil war’’ and that the detained Prime Minister will be returned to his home on Tuesday.

One thought on “Sudan Military Coup Update: Pertinacious Protesters remain on the Streets”