Stop Selling Meters; they are Free -FG Warns DisCos, Others 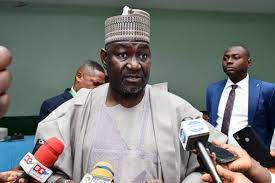 Minister of Power, Engr.  Abubakar Aliyu, on Thursday, stated that procurement is free of charge(FOC).

Aliyu made this pronouncement at the weekly State  House ministerial briefing organized by the Presidential Media Team.

‘’These meters are free, we said a number of times. These are tools that will generate liquidity. How can we be selling something that will bring in money?

‘’But there’ll always be ‘’touts’’ and ‘’kabukabu’’. I think it’s the touts that are doing this kind of shoddy  deal’’, NAN quoted him as

Aliyu said the procurement of four million meters for the second phase of the mass metering programme is ongoing.

Confirming that close to one million meters have been rolled out, the minister, confirmed the focus on local manufacturers.

He said this would provide jobs like the  10,000 generated under the first phase’s installation and assembly.

Aliyu announced that the second phase contract will be awarded by the end of the second quarter of 2022.

Aliyu further advised underperforming DisCos to ensure the fulfillment of contractual agreements with the Federal Government or face sanctions.