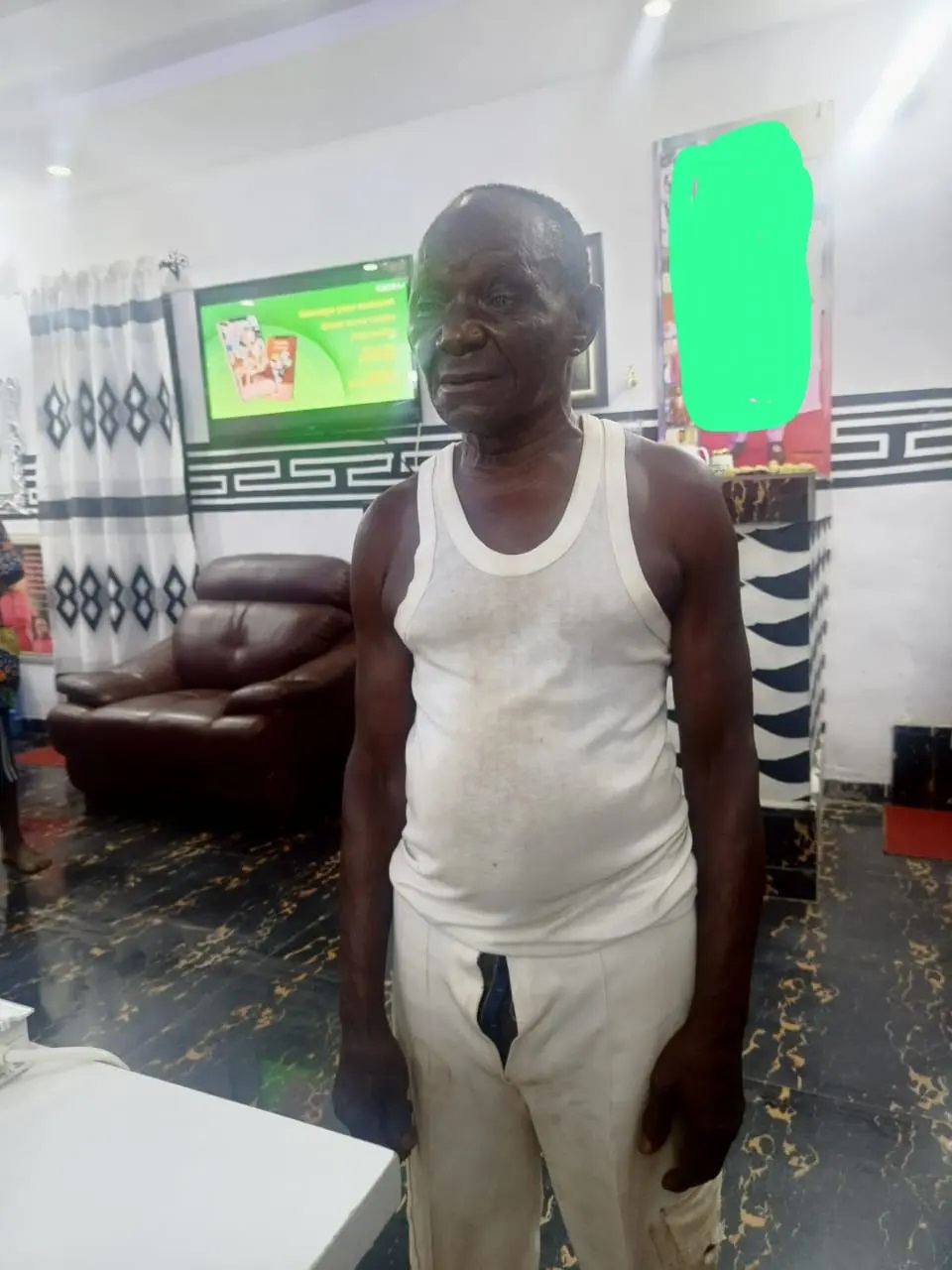 The Police in Ogun State  have arrested an 84-year –old man  for  allegedly raping an  eight –year-old girl(name withheld) .

The suspect, Pa  Stephen  Jack , who lives at  Okun –Owa  area of Ijebu –Ode, has been arrested , following  a report  lodge at Obalende Divisional  Headquarters.

Abimbola Oyeyemi, the Police  Spokesman  on Saturday  told newsmen in Abeokuta that the girl’s  father had told  the police he discovered  that his daughter was bleeding  from her private part.

According to him, the complainant said , when  he asked the little girl  why  she was  bleeding , she informed him that  the suspect  had sex with her .

Oayeyemi said , the DPO  Obalende Division , Murphy  Salami immediately  detailed  his detectives  to the  scene ,  where  the shameless old man  was apprehended.

‘’ Preliminary  investigation  revealrd  that the old man is  a known  pedophile  in the area,’’ he said.

Oyeyemi said the victim had been taken to  the General Hospital , Ijebu –Ode   for medical  attention.

He asserted the Commissioner of Police , Lanre Bankole’ order   to transfer  the suspect  to the State Criminal  Investigation Department  for further investigation and possible prosecution.