Popular Cleric Sentence to Death for Killing His Friend 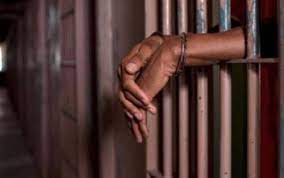 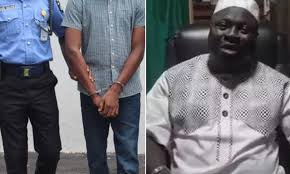 Justice has finally caught up with a cleric, Fatai Afobaje after about five years of a legal battle.

In  February  2015, Afobaje allegedly killed his friend Rafiu Sulaimon and mutilated his body by cutting off his head, intestines, and other parts.

At a resumed sitting, on Wednesday, a  Lagos State High Court sitting at Tafa  Balewa Square has sentenced a 34-year –old  Islamic cleric, Fatai  Afobaje to death for killing his friend by mutilating his body.

Justice Modupe Nicol-Clay  on  Wednesday, March 17, sentenced  the cleric to death  after finding him guilty of conspiracy to  commit murder  and murder, the News Agency of Nigeria( NAN)has reported

It was gathered that the Judge held that the prosecution, the Lagos State Government,  has proved its case beyond a reasonable doubt.

Nicol-Clay held that the prosecution was able to prove that the accused killed his friend Rafiu Sulaimon, aged 44 years.

The convict has been remanded in prison since his arraignment in 2017,  during which he pleaded not guilty.

The Prosecutor had told the court that the convict murdered  Sulaiman and mutilated his body by cutting off his head, intestine, lungs, scrotum, and hands.

The offense committed according to Judge  Nicol-Clay contravened sections   221 and 231   of the Criminal Law of Lagos State, 2011. The convict was therefore sentenced to death.