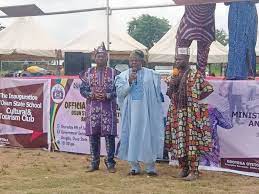 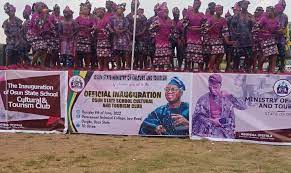 As part of his Administration‘s efforts to develop the State’s tourism sector, the Governor of Osun, Adegboyega Oyetola, on Thursday, inaugurated  Cultural and Tourism Clubs in secondary schools across the State. 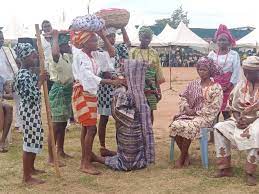 Oyetola noted that the initiative was a  strategic effort to make students embrace development in the tourism sector and make it vibrant and sustainable. 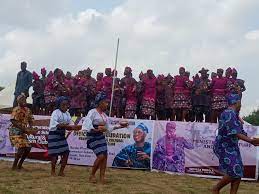 He said the initiative was also designed to tap the rich natural endowments the  State is blessed with, for its socio-economic development.

According to him, the initiative will help to revolutionize and reinvigorate revenue generation and development parameters to reposition the economy of the State.

Recall that the administration had stated in clear terms its commitment to fast-track development with all available resources to meet the increasing needs of the people of the State through agriculture, mining, tourism, and culture.

Speaking during the inauguration ceremony, held at the Technical  College, Osogbo, Governor Oyetola who was represented by the  Secretary to the State Government, Prince Wole Oyebamiji, said his administration had identified culture and tourism as a potential strength to enhance the State’s economic prosperity.

Oyetola who described culture and tourism as key areas that are worth students’ devotion, said, its institutionalization across the nooks and crannies of the State would go a long way to achieving a vast cultural tourism potential that the youth can make use of for sustainability endeavours.

He disclosed that his government had packaged the cultural tourism club in such a way to expose students in public and private secondary schools to potential in Culture and Tourism and to also identify talents in arts among the students.

This, he noted, will encourage the promotion of culture and innovations capable of making b the students t self-sustaining and culturally inclined.

The Governor directed all schools to key in and establish clubs immediately and devote every Thursday   as Cultural Day in the last two periods of their timetable.

According to him, each private and public school in the State should henceforth mandate excursion to the State  Tourists Sites at least once in a session in a school calendar. year.

He said, for the communities to have a sense of belonging and to properly integrate cultural tourism into their daily lives,  each school should identify and name a theatre Arts or Tourism icon(living or dead) after each Club in each locality.

‘’When  all the schools establish tourism clubs, it will  induce the interest   of the students, create  jobs, reduce unemployment and make them  compete  in our State and a world  full  of opportunities and possibilities.’’

‘’Apart from this, it will promote  domestic tourism through which  wealth  will be  created through excursions with multiplier effects on entrepreneurship  development.’’

‘’One thing is clear if the schools implement the cultural tourism clubs,  the increasing cases of social vices will be checked as the students will be engaged in productive activities’’.

‘’Our administration has continued to give priority to the development of the youths as the future leaders and has evolved more measures to mould, train,  and prepare them effectively for leadership hence the formulation of Youth Policy  -Youth Engagement, Youth Education, Youth Entrepreneurship and Youth  Empowerment-to integrate our youths into our sustainable development plan, he added.

Governor Oyetola charged the Ministries of Culture and Education to collaborate so as to formally put the clubs in proper shape in all schools just as he called on all teachers to ensure the success of the strategy of making the dream to leave a legacy of sustainable development across sectors.

Those in attendance at the occasion include Immediate past  Commissioner for Culture and Tourism, Dr. Adebisi Obawale, Head of Service, Dr. Festus Olowogboyega Oyebade, National Museum  Delegation, and Leadership of the Traditional Religion  Worshippers Association, among others.