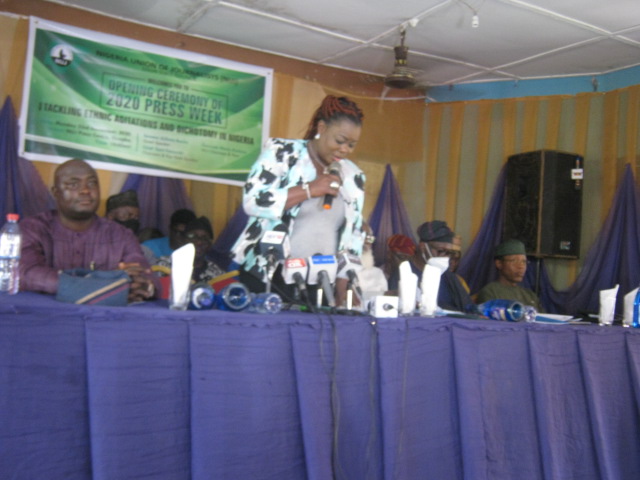 The Nigeria Union of Journalists (NUJ) began its press week with a list of activities starting with the Jumat Service at the Iree Central Mosque, Iree on 20th November 2020. 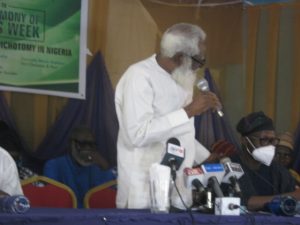 Monday, the 23rd of November, 2020 was a public lecture with the theme:’’ TACKLING ETHNIC AGITATIONS AND DICHOTOMY IN NIGERIA’’. Notable personalities for the ‘high table’ at the NUJ Press Centre, Dada Estate, Along Iwo Road, Osogbo are Mrs. Funke Egbemode, who ably represented the Executive Governor of Osun State, Governor Isiaka  Gboyega Oyetola, the Ashiwaju of Ora Igbomina, Ambassador Akinyemi Farombi, the guest speaker, Dr.  Surajudeen Adewale Adewumi representing the Osun Central Senatorial District at the Senate, Comrade Waheed Lawal- a Human Rights Activist among others. 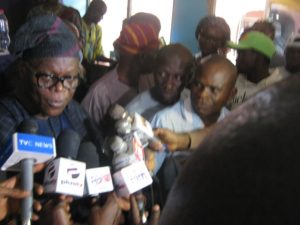 In his opening speech, the chairman of the NUJ, Wasiu Ajadosu acknowledged the presence of all the invited guests and the audience and called for the support of the Union. He specifically mentioned the rehabilitation of some facilities, expansion, and renovation of the auditorium.

In her own address, the representative of the Governor, Mrs. Funke Egbemode re-iterated the media as agenda setters. She thanked the NUJ  on behalf of the Governor, for their unflinching support for his administration and for the smooth and able work the union has been doing despite many constraints during the course of their duties. As a journalist herself, she admonished members of the pen profession to always follow the ethical guidelines and avoid emotional reportage because’’ the world is watching us’’ but should strive to mold society’s decisions with principled and ethical journalism as trained. She promised to convey the union’s requests to the Governor She said the Governor as media-savvy, and somebody who does not toy with things that concerns the media will surely attend to their request 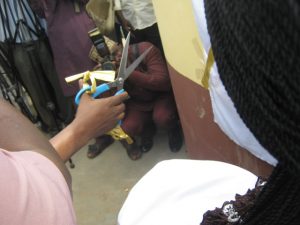 In his presentation, Ambassador Yemi Farombi, sub-titled his lecture -’’ Nigeria- in Nigeria in-Need of Rebirth’’. He took the pains to trace the history of the birth of Nigeria as a nation from the amalgamation of  1914 through all the various constitutions we have undergone. He tagged the 1979 Nigeria’s constitution as ‘a donation by the military’ which was drafted by only 27 members. According to him, Nigeria’s‘ hardware’ needs a rebirth while the software is laden with ‘virus’  He said, Nigeria needs a  leader with a vision and the ability to deliver. ‘’ When we get a leader with a vision, which is competence; with the knowledge, skills, and experience, then look for the character’’

The guest speaker, Dr.Adewale Adewumi, commended the NUJ Osun Council for the occasion and for giving time to chart a national discourse on germane national issues. He quickly mentioned that whatever opinion that he expressed at the forum was personal to him and not that of the Nigeria  Senate that he belongs. 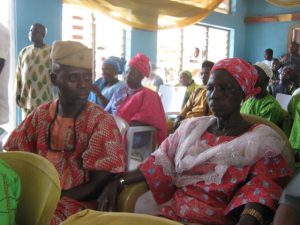 According to him, Nigeria has over 250 ethnic groups and till now,  has not been able to address the ethnicity disequilibrium and concentration of powers at the centre. In his opinion, for example, ‘in a situation where the Federal Government has 66 items in exclusive legislative list and 34 shared with states with 44 Federal Ministers- who in turns have special assistants, does not augur well for good development; this is without prejudice to about 14 agencies of the Federal government. According to him, the effect of over-concentration of powers at the centre makes the states lack powers and therefore suggested a devolution of power, a review of revenue derivation or resource control, review of the police system and of course the economy. That over-concentration of power at the centre gives an unnecessary burden on the Federal government which translates to the reason why there are incessant agitations.

The lecture for the day was rounded off with formal commissioning of a 9-locked of shops which will serve as a revenue generation venture.