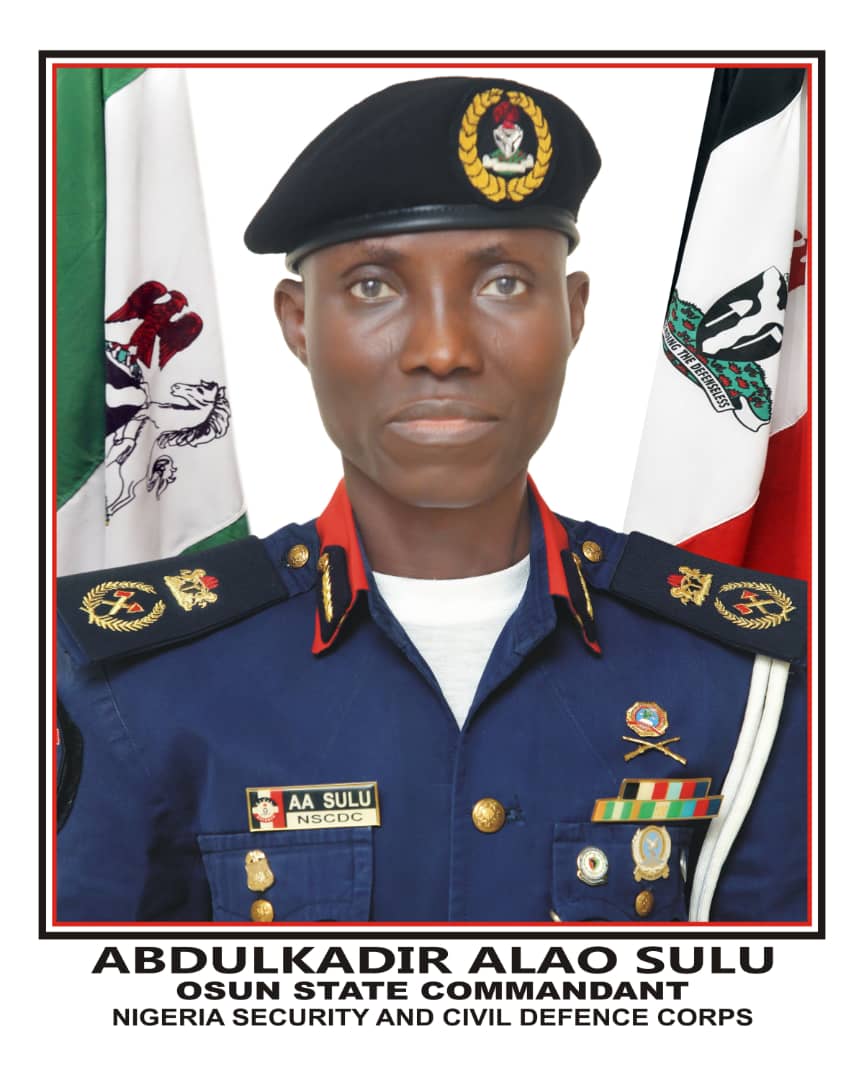 The Chairman of the Association Tiamiyu Jare Ismail, in his speech formally welcomed the newly deployed NSCDC Commandant to the state and expresses the association’s willingness to cooperate with the agency as the watchdog of the society to make Osun State peaceful and rid the state from criminal elements.

The Commandant, Mr. Alao, who is a professional per excellence in the area of peace and conflict resolution has many feathers in his cap having undergone various courses in different capacities both locally and internationally which makes him equal to the task of bringing his wide knowledge and experience to bear in his new posting.

The Commandant,in his response to Tiamiyu’s speech(OOMPA’s Chairman), believes that information gathering is vital in the judicious discharge of their civic duties and would appreciate a robust working relationship with the Online Media Practitioners but quickly adds that as journalists we must shun yellow journalism or faulty reports that could jeopardize the peace of the state.

In a question put to the Commandant by one of the online Media Team, on the challenges the agency may be facing at present in their line of duties, he took time to highlight some of the challenges which include: dearth of patrol vehicles, funding  and logistics among others. Sulu said, his agency would appreciate support from the NGO’s,  private organizations, and the governments  at all levels to support them in those key areas of their needs.