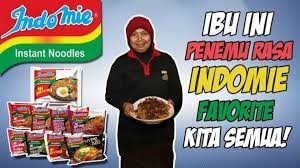 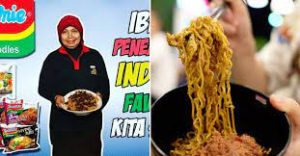 It’s a sad day for instant noodle lovers in Indonesia and all around the world as we mourn the passing of Nunuk Nuraini, the inventor of Indomie’s various flavors. She was 59 years old.

News of her death was announced by Indofood, the company behind the beloved instant noodles.

Several of her tasty creations for indomie include Indonesian traditional flavors such as Soto, rending, chicken curry, and Sambal matah, as well as the OG mie goring(fried noodles)

It’s only apt to say that indomie mie goring is a source of pride for any Indonesian with an irreplaceable flavor that always satisfies our noodles-loving hearts. Indomie is also known and enjoyed by people in more than80 countries around the world, such as Nigeria-where it has become a household name- as well as Australia and the US, to name a few.

Back in November 2019, Los Angeles  Times named Indomie’s barbeque chicken flavor as the best noodle in its ‘’official instant ramen power rankings’’ while the OG mie goveng  was placed 10th.

In 2017, Nunuk enjoyed some deserved positive media exposure after West Java Governor Ridwan Kamil hailed her as the ‘’hero for the KOS(boarding  house) kids.’’ In his Instagram post as the instant noodle is a popular, tasty, and affordable meal for students.

A Woman of Nigerian Descent Becomes US Army Brigadier-General