Modern Day Slavery: China to Partner with Nigeria to fight Against it 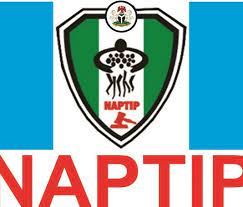 As Nigeria joins the rest of the world to mark this year’s International Day for the Remembrance of Slave Trade and its Abolition, China has disclosed its preparedness to work with Nigeria to halt Modern Day Slavery.

This was disclosed as the United Nations Education Scientific and Cultural Organisation(UNESCO) revealed that over 150 million children are subject to child labour  amounting to 1-10 children around the world.

Speaking on the theme ‘’Modern Day Slavery, AnNational Question: Protecting the Future Generation’’. The Cultural Counsellor of the Chinese Embassy in Nigeria, Li Xuda, said ‘’though the abolition of slavery happened a long time ago,  it still had its practical significance in our modern-day society’’.

However, he said that his country is ready to work with Nigeria to protect the future.

‘’China is ready to work with Nigeria  to fight against modern-day slavery  and create  a better future for our next generation.’’ As we are aware, in contemporary times, new forms of slavery have emerged, especially the modern-day subtle, concealed and undefended forms of slavery’’, he said.

Xuda said that it is very compulsory to commemorate International Day in August 23every year especially for the sake of numerous brave people who gave their precious lives to the great fight against slavery.

‘’We should always remember and honour those slaves who suffered, fought and died at the hands of the brutal slavery system as well as its abolition, always keep in mind the significance of the Commemorating the International Day’’.

Corroborating him. The Secretary-General, NAT-COM UNESCO, Olagunju, said that modern-day slavery is not history as it is still manifesting today in form of  ‘’child labour, forced marriages, death bondage among others’’.