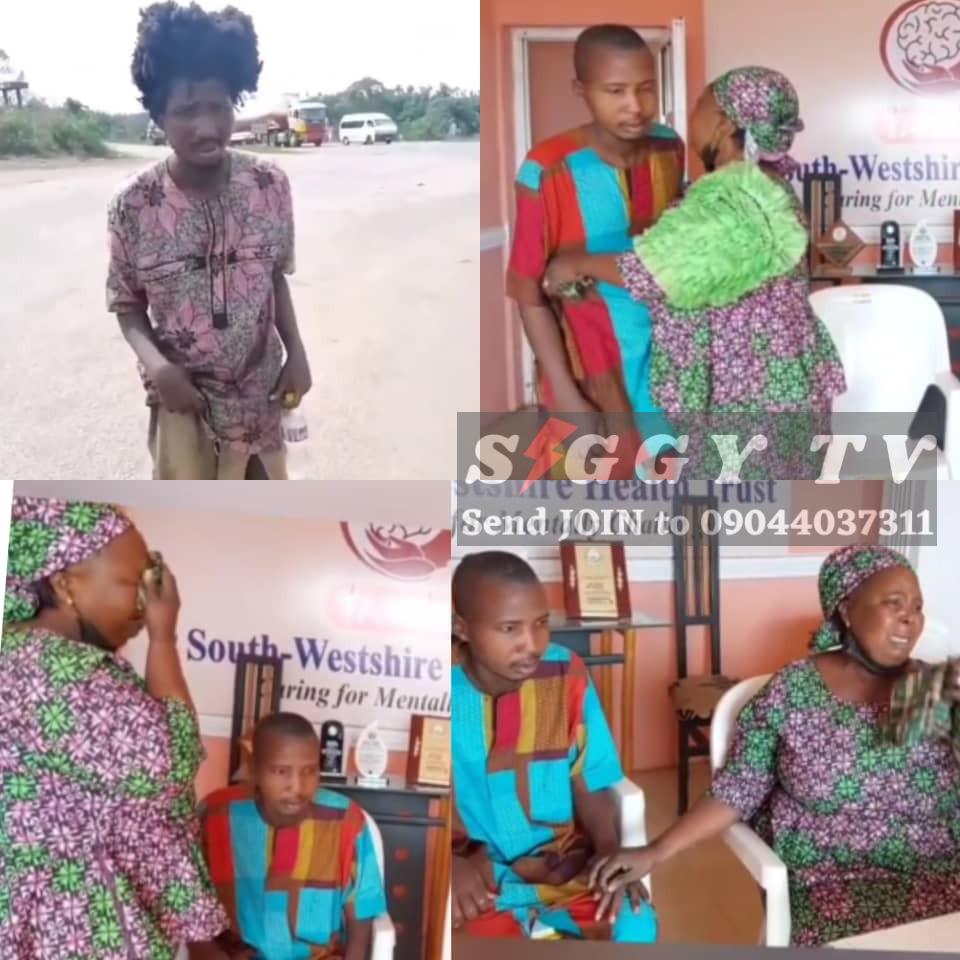 It was like Nollywood movie and a heartwarming reunion for a mother with her mentally Deranged Son .Bamidele, who was missing four years ago.Bamidele was a 400 Level student of the Olabisi Onabanjo University,who was found wandering on the streets by an NGO South-West Shire Health Trust,who then took him into their facility for proper medical attention.

Fortunately, Bamidele of recent has regained himself and could now slightly remember little about his family.

His mother was located and  few days ago,she visited the NGO where she reunited with her son .

As it should be expected,,the mother could not hold hold the tears of Joy as she hugged her son  and repeatedly asking her son if he could still recollect her person .

Kudos to the Charity work of this NGO and all praises to God.We pray for Bamidele’s excellent recovery.

Bamidele was a 400 Level student of Olabisi Onabanjo University studying Mass Communication. When found, he was already mentally Deranged and in rags.