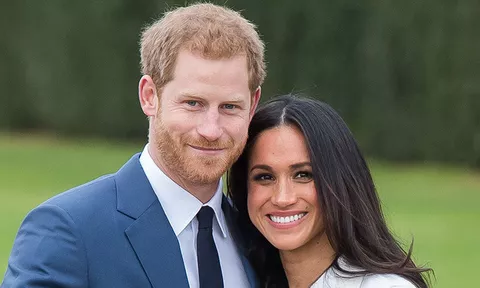 The Duchess of Sussex and former actress, Meghan Markle, said her genetic heritage has been traced to Nigeria after she took a genealogy test.

The test, according to Markle, showed that she is 43% Nigerian.

Markle made the revelation on the latest episode of her bombshell podcast, Archetypes, with American actress and comedian Issa Rae, writer Ziwe Fumudoh and professor Emily Bernards.

In the episode, she stated that she took the genealogy test which traced her ancestral roots to Nigeria, reports UK’s Daily Mirror.

“I just had my genealogy done a couple of years ago,” she said after being asked to share what the results say, adding “I’m 43% Nigerian” to the shock of Ziwe, who shouted “No way!”.

Curious, Ziwe however asked; “Are you serious? This is huge. Igbo, Yoruba, do we know?”

Responding, the Duchess of Sussex said, “I’m going to start to dig deeper into all of this because anyone that I’ve told, especially Nigerian women, are just like, what?”

This is the first time Meghan is publicly opening up about her ancestral background.

After her interview with Oprah Winfrey in 2021, Markle and her husband Prince Harry alleged that a member of the royal family made racist remarks about their son Archie’s skin colour when they were working royals.