JAMB: Board of Joint Admissions and Matriculation Added Physical and Health Education and Computer Science into Next Year UTME 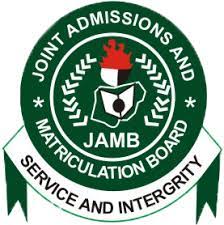 The Board said the two subjects would help to widen opportunities for candidates so that they can access tertiary education.

The Registrar of JAMB, Professor Is-haq Oloyede said this during an interview  with reporters after receiving  an award  of excellence from the Education  Correspondences Association of Nigeria(ECAN)

‘’The next issue is the campaign we have just introduced; Physical and Health Education and Computer Studies as UTME subjects.

‘’We are asking and sensitizing the public, particularly the students who are to take the exam, that these two Science subjects that will be added to their choice to widen opportunities for candidates to be able to access tertiary education’’, he said.

He said the board would go after students using fake certificates to secure admission.

‘’We are working very hard to tighten the noose and make it impossible for those who engage in such an illicit action to succeed’’, the register echoed.

The Registrar also said the Board was working to clear the backlog of illegal admissions conducted by tertiary education institutions in the country.

Oloyede said the decision is to rescue students who have the requisite qualifications but were admitted illegally.

‘’On the issue of illegal admission that we want to put a halt to. We want to clear the backlog and ensure that those of them who have been improperly admitted but have the minimum qualification is rescued.

‘’We want to continue  the campaign to discourage those who are committing such illegal action to stop doing such,’’ Oloyede said.