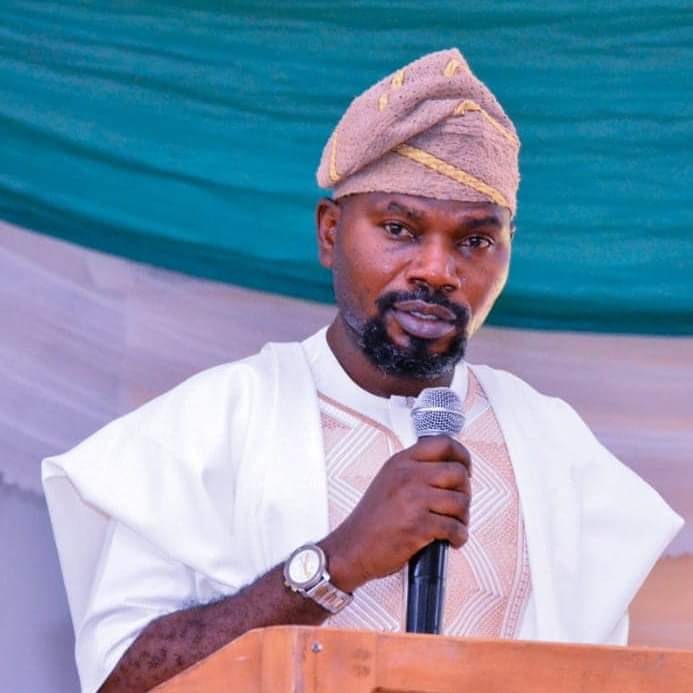 My impressions of Ismail Omipidan started years back  when I was  addicted to my  favourite current affairs TV Show tagged ‘Journalists Hangouts’ on TVC.

Unknown to him,he was then my second-best analyst in the show because there is no way I will not learn from him ranging from presentation of central ideas ,sentence construction and high level of vocabulary exhibition whenever he appeared  among his colleagues on the show.

Years later,he was appointed as the Chief Press Secretary by Governor Adegboyega Oyetola of Osun State. I was one of the first batch of reporters in Osun to break the news on the 6th August ,2019.

Days later, I led my crew to his office to welcome him to Osun on official duty with a congratulatory letter.

I observed him closely on that day and my instinct about him of being a good listener,keen observer,with a pair of sharp piercing eyes as if he would look into the mind of the one opposite him wasn’t wrong.

His words were soft spoken and deliberate in choice.

Many may know this about him,these are all obvious qualities in him. But I have the liberty to describe him in the following words my impressions.

I have listened to the gentle and persuasive speaker in him at different fora about 27 times.

He used to speak to the people’s minds,not in rhetorics but extempore in convincing tones and straight looks.

Trust me, if I hear rhetorical statements,I can identify them from Mike’s away.

In some occasions,he talks if the challenges and the successes; he is factual and up to date.

Did I believe him? Yes,I did. Beyond instincts,statistics don’t lie.

Omipidan is an open book.It is easy  to read through  him that there are no propagandist tendencies in him.

His reports about the government he speaks for are  his truthful representation of facts as they are.

The CPC to the Governor has left no stone unturned in projecting the image of his principal through the window provided for  Governor Oyetola’s appointee’s to interface with the media at regular intervals,and in turn to inform Osun people of their duties and responsibilities towards solving the citizens’problems,thus serving as a bridge between his principal and the people.

It must be noted that Omipidan’s simplicity and generosity disposition has earned him so much love in the media space as every journalist unhindered access to him , irrespective of media outlets

My direct  interaction and assessment of  him showed that he is the first Chief Press Secretary in Osun State that defends the Governor devoids of tantrum or name calling.

He has shown that  he is truly a media personality with decency and decorum.

It is worthy  of note that the writing process of Omipidan is thrilling and scintillating as  his communication strategy information literary skills, words and lexicon combinations so far are always suitable to describe personalities or events in the name of the Governor.

His appearance  on Broadcast Stations is also an attestation that he is blessed  with both oral and written abilities.

Mere looking at  him with his simple outfit,one will easily deduce  that Omipidan  is  God-fearing.

My findings also revealed that  COS Omipidan is also a silent philanthropist,whose gestures were  unearthed through testimonies from the beneficiaries.

I was amazed when  I heard about the succour  he has been  offering  and as well as intervention to some people including  our colleagues in the media profession. May Allah reward his service to humanity  in multiple ways,Amen.

He glad really shown us that hf is versatile  in the management of information within and around  his principal through meticulous and painstaking approach  in fishing out  relevant information to the people.

My conclusion thereafter is that  Ismail Omipidan can be believed  and should  be believed by the people of Osun seeking to know  the position  of things in the affairs of their State today.

Mukhtar Ajelogbon writes in from Osogbo