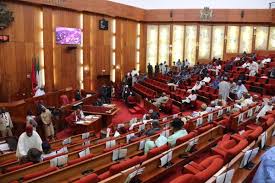 Sincerely speaking, ‘it is not only the mechanism of laws that produces great events but the inner spirit of men’’

Democracy by its raw meaning is’’ the government of the people, by the people and for the people’’ Making any form of government works depends solely on the operators. This is universally acknowledged that all forms of democratic government are good except totalitarianism. But the problems usually arise from the heads of their operators. This observation lends weight to an age-old statement credited to one of the founding fathers of democratic institutions that’’ for forms of government, let fools contend what is best administered is the best’’. From the above viewpoint, it can easily be admitted that for all socio-economic problems that any political entity may be faced with, the brunt of such woes should not be passed on to the system in operation but rather to the operators of such system in vogue. In essence, the exercise at buck-passing would be too infantile if the failings of administrations are traceable to administrators.

It is the belief of every right-thinking citizen that any polity that does not allow democratic principles to triumph is not fit to exist. Such an enclave should be left unexplored and possibly ostracized. This is owing to the fact that democracy has certain attributes that make life more pleasing and enjoyable for the entire citizenry. For example, in an ideal democratic environment, the entire body of the citizenry lives in perpetual harmony, and the question of racial and political segregation will be a serious anathema. Can we then ask the question-Is Nigeria truly democratic pragmatically? This question is begging for an answer. Some are asking why are we saying that we are democratic when our citizens cannot express their freedom in all parts of the country. Our claims to republicanism become a sham if Nigerians from the North cannot claim his constitutional right in the South where he resides simply because he was not born and bred by them in the South. Then it is inhuman if a Southern Nigerian cannot hold a key post in a Northern-based University or tertiary institutions or parastatals. This anomaly seriously stigmatizes our much-orchestrated claim to being a democratic society.

Our economic revival team which I learned has the erudite lawyer Osinbajo and others should take the bull by the horn. This is the time for Nigeria to be rid of the unintelligible and saboteurs idiocy of national cake sharing but be indoctrinated in the act of cake baking. Our Think-Tank should bring pragmatic ideas and programmes that should rejuvenate our economy. As good as the N20,000 per month salaried jobs for the youths among other programs by the Federal government and other parallel boosters at state levels, in my candid opinion the government can do better by giving grants not less than N100,000 per head to start a business venture of their own. This is because after earning the N60,000  for three months or thereabout and dropped, they would still go back to zero levels looking for unavailable jobs. This same suggestion is ripe also for the Corp members. Kudos to the Federal government for the increase in their allowances. But it will be better if the government can have a rethink after engaging   YouthCorpers in vocational jobs during the service year and also to give them take-off grants of between N100,000-N200,000 to start a business venture of their choice after the completion of their service year.

Our politicians who are the operators of the system are the dominant and exploiting group as it has been in any society and are always in the minority, while the vast majority of the people always belong to the oppressed and exploited class. If we do things democratically, Nigeria is blessed with both human and material resources. But as earlier pointed out, these minorities in governments think less of being democratic but only of themselves and their power blocs. Resources meant for all are cornered by these self-enriched and selfish bunch who after being caught or exposed at tribunal became ‘epileptic’-end of the story. However, as Harold Laski said, in his book’’ Liberty in The Modern State’’, the mind of man cannot be permanently habituated to tyranny and also, Dr. Danquah once wisely said, ‘a stage is reached when the ass kicks against its master; it was to be expected that the oppressed masses would, as they, in fact, did during the End SARS protests cultivate intense hatred for their oppressors and nurse secret hopes of one day turning the tables against them; just as it happens in the satire of ‘’Animal Farm’’ by George Orwell. The dominant class had more leisure and all they think and do is to grab more and more to the detriment of the poor masses they are to defend and empowered. Some will even change their cars as they change clothes and paste on social media for the poor but educated and jobless to see. Many of our youths are committing suicide and have become internet fraudsters because of the flamboyant lifestyles of our politicians!

According to Chief Obafemi Awolowo,’’ with leisure came reflection, and with reflection came inner enlightenment. With their (rulers) relatively ‘superior intellect’, they exploited the ignorance of the dominated class and created socio-religious and socio-political myths.

True democracy requires better and well-coordinating communication. Today, one political pronouncement is made, the next minute it’s of no effect or no willingness to follow its implementation to favour the citizens especially political statements during electoral campaigns-What a cheat on the poor masses. There should not be a- no-go area in a democratic system once the rule of law is followed. Democracy should be dialogues and debates which should involve the grassroots people who are mostly ignored after elections.

There is a wide gap between promise and performance in Nigeria’s political system. People are crying, people want to better their lives and detest the government adding to their burdens. Nigerians need a cushion effect of hyperinflation and the rest to bringing in a positive change and not rhetoric