I Need a Complete Man for Marriage-Eucharia Anunobi 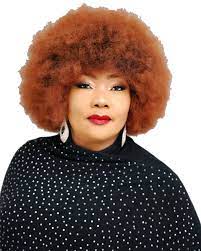 Eucharia Anunobi, star actress has stated  of recent that  she needs a complete  God-fearing man for marriage  without further delay.

Probably, this was sequel to her debunking the alleged rumour to have been engaged to a 27-year-old , which  has got people talking on the social media.

The actress  once married to Charles Ekwu in the early 2000s. The union however, crashed in 009.

In an interview with the BBC Igbo, she said:

‘’Please , I use this opportunity to tell  the world that I  want  to marry  urgently.

A great man should himself  and put a ring on this finger of mine’’.

‘’My specification is a man  who is God-fearing  and handsome’’

‘’He  must be up to the task, having everything  that makes a  man male, you must be complete, that is all I can say’’.