Horror: Father Kills own child, buries him secretly in a farm

Nov 8, 2021 Father kills his child and buried him secretly 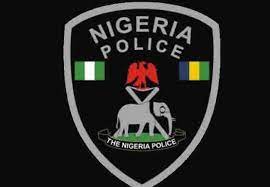 A 43-year-old man who allegedly killed and buried his own child on a farm in Osogbo has been arrested by the Police in Osogbo the Osun State capital.

Sanjo(name of the alleged culprit) reportedly had five children but only the newborn is alive, others were believed to have been murdered by him.

The suspect was reported to the  Commissioner for women, children and social affairs, Bukola Olaboopo which subsequently led to his arrest.

The spokesperson of the Ministry  Bolarinwa  Adereti, in a statement, said, that Sanjo beat some of his children to death.

‘’ Soji confessed to the crime that he beat his eldest child to death and also beat his two-month-old baby to death.

Soji’s wife also confirmed that she gave birth to five babies, four of whom are dead and the fifth being newly born According to the wife, they decided to kill the children because of poverty and dumped one of them in the Technical College Area of Osogbo.

‘’She said that she suffered in the hands of her husband, claiming that apart from the hard labour she was subjected to on Sanjo’s farm, her husband was fond of beating and tying her before sexual intercourse.

According to the wife, she said on several occasions she was compelled to look out for sexual partners for her husband, and many abortions were attempted before their last born came to live.