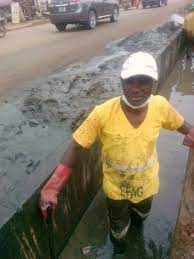 A master’s Degree Holder in the employ of the Lagos Ministry has been relieved of his position because he disclosed that he’s being paid N35,00.00 a month.

Toyemej Joseph Juwonlo, a master’s degree holder revealed that he was offered N35,000.00  per month as his salary to clean drainages in the Ikotun area of the State but because the Ministry wanted to keep the salary offered him secretly, but now in the public domain, he was sacked with immediate effect.

Juwonlo, who is from the Badagry area of Lagos is a father of three children. 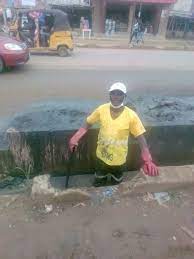 The Ministry officials were said to have become angry after the conditions of service were made public and the Governor had to ask to know why he was engaged with such ridiculous salary even as a Lagosian.

However, instead of addressing the issue as requested by the Governor, he was asked to stop work without payment for the days he had spent cleaning drainages in the  State. 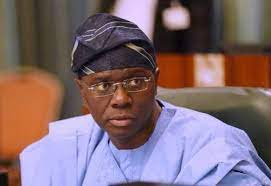 The man at the centre of the storm, Juwonlo started work last month and had to trek from his house at Meiran area of Ikotun every morning to do the job after the Lagos State Ministry of the Environments and water resources had engaged him as Drainage Supervisor to clean the gutters at the Ikotun axis.

PM  Express had reported that Juwonlo was engaged without an appointment letter and he was not sure of the condition of the work he was employed to do.

The Ministry of the Environment, however, has confirmed that Mr Juwonlo could be sacked without payment.

The 49 years old Juwonlo studied Banking and Finance as his first degree and a master’s degree in Business Financing. He had worked in various companies  before he  established  his own business  as a Freight Forwarder, which became comatose  owing to the economic  downturn  in the country 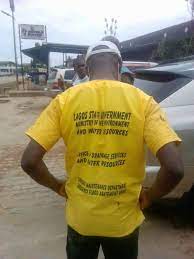 Juwonlo was said to have been out of a job since 2014 and found it difficult to feed his family and has written several applications to both the Government and Private Establishments to no avail until he got a  lead about the drainage cleaning job under the Ministry and decided to take the job instead of staying idle.

According to this source, Juwonlo did not understand the nature of the job whether it was a contract job or not but simply told it was a job from the Ministry.

Residents of Ikotun where he worked were sympathetic to Juwonlo’s condition knowing full well that the sack will compound his family problems.

It is, however, hoped that the Lagos State Government will critically look into Juwonlo’s plight and not be hard on him because of simply disclosing his salary to the public.