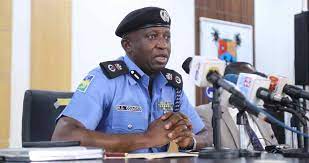 A man who posed as a General in the Nigerian Army, Nwokoro  Gabriel, has been arrested by the operatives of the Lagos State Command for allegedly swindling a Point of Sale attendant of N200,000.

This was disclosed by the  Command’s Commissioner, Hakeem Odumosu when he paraded suspects on Friday.

Nwokoro generated a fake bank alert after collecting N200,000 from the  PoSattendant in the Surulere area of Lagos State.

The case was reported by one Obina Jude Eze, who alleged that the suspect at about 3:50 pm approached a PoS Centre to do some cash withdrawal.

Odumosu said in Eze’s statement, he alleged that the suspect claimed to be a serving General in the Nigeria Army and a Commanding Officer of an undisclosed Division.

Nwokoro was said to have gone to the PoS point in the company of one Corporal Udo John, who, at the time of the incident, appeared in the uniform of the Nigerian Army.

Odumosu said on the day of the incident,  the suspects arrived at the scene  in one Lexus SUV with Registration  Number JJJ 510 EP

‘’Later, he posted  a fake alert on his account and asked the driver to drive off.’’

‘’ Upon the receipt of the information, police operatives tracked down the vehicle owner at Sango –Ota in Ogun  State and later arrested the driver who led the police detectives to one hotel in Surulere, in Lagos, where the suspects were taking refuge.

‘’Investigation is ongoing to arrest the other fleeing members of the syndicate”.