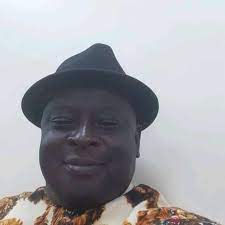 Nigerian Broadcast Journalist, Babajide Otitoju  Kolade in one of the TV Programmes-Journalist Hangout has mentioned an incident that happened at a wedding ceremony in Ogun State.

Babajide shared the story on TVC News while reacting to the virtual killing carried out by some teenagers in Ogun State.

Recall that some teenagers recently owned up to the beheading of a female victim in an attempt to carry out money rituals. This unfortunate and callous incident has since become a  major concern and worry for teeming Nigerians.

While citing the incident, he said,” There was a wedding in Akute, where a Muslim Cleric cursed people for crucifying  Yahoo boys(fraudsters).  He swore that it would not be well with those criticizing Yahoo boys.

The cleric did so after some Yahoo boys showered him a large sum of money at the ceremony.

”We have lost our sense of morality. It starts from the home and we are not bringing up children the right way. A Yahoo boy imagines that the crime he is committing is also a type of work”.