FITNESS: Exercise May Protect Your Brain Even if You have Signs of Dementia, Study Shows 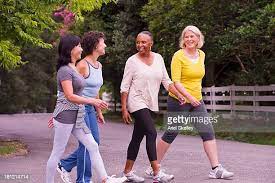 Exercise is good for you. Breaking a sweat has been shown to improve nearly every organ in the body. Fight nearly every disease doctors diagnose and improve  nearly every health condition  that you might tire with on a daily basis

It gets better. A new study finds exercise boosts levels of a protein known to strengthen communication between brain cells via synapses, which may be a key factor in keeping dementia at bay.

The protective effect was even found in active older people whose brains showed signs of plagues, tangles, and other hallmarks of Alzheimer’s and other cognitive diseases.

Synapses are the critical communicating junctions between nerve cells and are really where the magic happens when it comes to cognition,’’ said study author, Kaitlin Casaletto, an Assistant Professor of neurology in Memory and Aging Centre at the University of California San Francisco, in an  E-mail.

‘’All of our thinking and memory occur as a result of these Synaptic communications’’, she said.

Prior studies have shown that  physical activity can reduce the risk  of dementia by 30% to 80%,’’ yet, we  do not understand  how this happens at a biological  level in humans,’’ Casaletto  explained

Exercise boosts protein in the brain that protects against cognitive decline, a study says.

‘’We  have  described, for the first time in humans, that Synaptic  functioning  may be  a pathway  through which physical  activity  promotes  brain health’’ she said, adding  that the study could  only show an association , not necessarily cause and effect