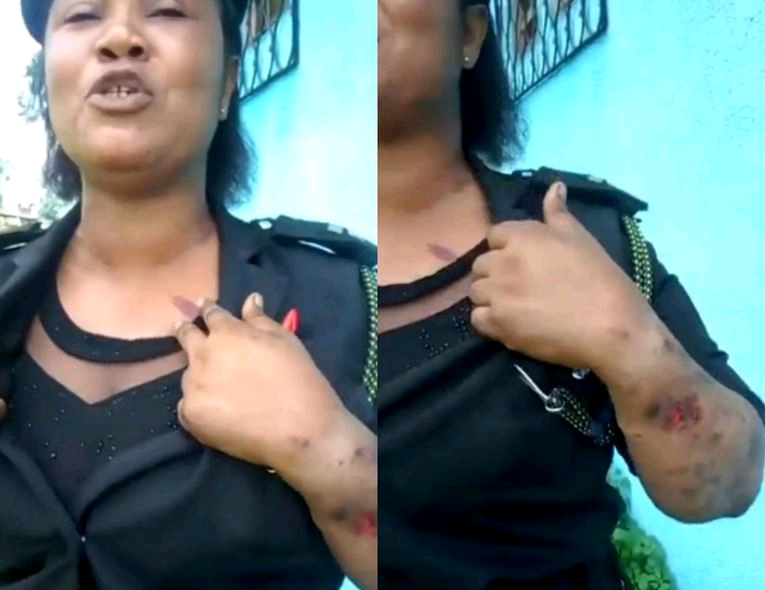 A female Police Officer has alleged one of her Superiors stripping her naked and beaten her up because she refused his emotional advances.

The female Police Officer identified her attacker(Superior Officer) as one Ajayi Mathew.

Açcording to her,he stripped her and beat her up in the presence of  other officers and civilians.

She said, she complained to him(the Senior officer) that she was a married woman and could not be involved in such illicit affair but instead was “blackmailing” her  and subsequently best her up.

Investigstion is ongoing about the matter which according to reports from the Abuja headquarters should last for 2 days.