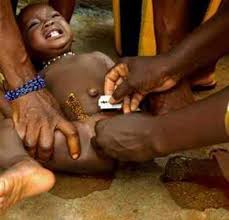 Cultures differ. What is practicable in one culture might not be  acceptable in another. Similarly,  just because  certain practices  have existed  for centuries ,  and are  widespread and are widely  accepted  in some cultures  do not make  them ethically justifiable.

Such a practice  is Female   Genital Mutilation (FGM) or female circumcision, which  involves  the partial or total  removal  of the external  female genitalia or other  injury to  the female  genital organs. 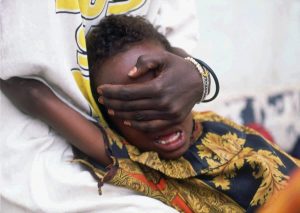 Research has shown that over 200 million  girls and women  have undergone  Female  Genital Mutilation(FGM)  in Africa, Middle East and Asia. Most of  these  girls  are estimated  to be at risk for FGM  annually and Nigeria is inclusive.

This was  one of the submissions  of an online  sensitization  via zoom  organized by  the Nigerian  Association of Women Journalists(NAWOJ) Edo State  Chapter on the dangers of  FGM.

In such cultures, FGM is often  accepted  by both  women and men. Many women believe  that FGM ensures  that they will be  accepted  by their communities. They do not  know that it is   not  practiced in most of the countries of the world.

The World Health Organisation(WHO), the United Nations Children’s  Fund  have jointly  stated  that  FGM causes  unacceptable harm  and have called  for its  complete eradication.

It has been suggested  that these harmful  consequences could be reduced while maintaining the deeply-rooted FGM tradition where  the procedure  performed  by trained  medical professionals in hygienic settings. This trend  to ‘’medicalize’’ the procedure  is arising  in several  settings , including Egypt  and Kenya.

However,WHO has consistently and unequivocally  advised that  FGM , in any of  its forms , should  not be practiced  by any health  professional  in any setting –including  hospitals or other health  establishments,

If  an individual  reaches  the age of  consent and wants  to have  the procedure  done in a  country  where it is legal,  then  that is  her decision  and her right , says Dr.  Ian Askew, a Senior Programme Associate  with the  Population Council, which seeks  to eradicate the practice.

‘’But FGM is usually  performed  on children  or women  too young  to give consent, and performing  FGC without consent  is a clear  violation  of their basic human rights.

In Kenya and Mali, the ministries of  health  have explicitly  banned  the practice  in their  facilities and by  their staff, but  the impact  of these policies  is not clear’’ says  Dr. Askew.

‘’Whether  directives  banning FGM will lead  to clandestine  cutting by  health  professionals , renewed  use of  traditional  FGM practitioners, or elimination  of the practice  is not known.’’

Institutions working  to eliminate  FGM generally  think that changing beliefs  that perpetuate  FGM   should be  the focus  of interventions seeking  to eradicate  this harmful practice , says Dr. Laila Nawar , a regional  advisor  to the Population  Council  in Cairo , Egypt.

In Mali , the Population  Council has encouraged  health practitioners  to cease  practicing  FGM, and urged them  to persuade  clients  to discontinue  the practice.

Ditto in Nigeria, a lot of efforts have gone into  sensitizing  mothers and parents discouraging FG and this has been yielding  positive results . However,  efforts should go further to penetrate the hinterlands  , the rural areas ,to be sure that what operates in the towns and cities should also be applicable  to the rural dwellers.

The good thing is that more people are now speaking  against  the harmful practice  even though  some health  practitioners  still accept  to perform FGM on girls brought to them by desperate  parents  who still make their children or  wards undergo the excruciating pains of FGM   for fear of   dire spiritual  consequences  if they did otherwise.

People think  that religion  advocates cutting  to ensure  that a  girl stay  virtuous and pure to  prevent promiscuity.

Female Genital Mutilation(FGM)  will be drastically reduced  if there is a convincing  legislation in most of the African Countries  (Nigeria inclusive ) and widespread sensitization at the grassroots.