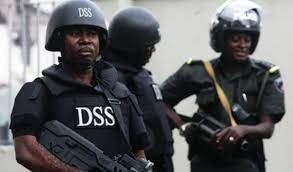 The 13 Igboho’s Aides arrested in his residence on 1st July 2021 are yet to be released or granted bails.

According to Sahara Reporters, the Department of   State Security Services(DSS) had been alleged to have refused to allow the only female, Amoda Babatunde aka Lady ‘K’ to change her underwear since the day of arrest at Igboho’s residence.

According to the source, she has not been allowed to change her clothing, as the DSS refused to allow their lawyer to give them clothes including underwear. Reports say that she will have to go ‘naked’ and wait for her clothes to dry before putting them on again.

Recall that Igboho’s residence was attacked on 1st July 2021 by the DSS where 13 of Igboho’s Aides were arrested and allegedly killed 2 but Igboho narrowly escaped.

Some traditional rulers in the South-West have condemned the attack and have called for the release of Igboho’s Aides.