DEBORAH: ‘You are Disrespecting Prophet Muhammed-Aisha Yesufu cautions those Attacking Churches in Sokoto 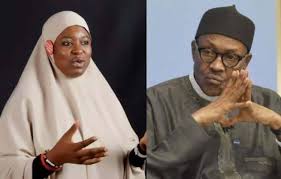 A popular socio-political activist, Aisha Yesufu, has counseled protesters attacking and destroying churches  in Sokoto State that they are actually  the ones disrespecting Prophet Muhammed(S.A.W.)

Youths in Sokoto  resorted to violent protest on Saturday demanding the release of two suspects arrested in connection with the killing of Deborah Samuel, a student of the Sheu Shagari College of Education, over alleged blasphemy.

DAILY POST reported that two students were arrested in connection with the murder of Deborah.

However, youths staged a  protest in Sokoto Metropolis over the arrest of two of their members by security operatives.

The protesters wielded placards with inscriptions such as,’’ Release our Muslim brothers’’ and ‘’Muslims Are Not Terrorists’’, among others.

They demanded the immediate release of those arrested, while the protest lasted.

Reacting to the development, Aisha Yesufu tweeted,’’ Attacks on churches? Where are the violent and blood-thirsty clerics? Is the attack on religious houses not forbidden by Islam?

‘’Did the Prophet not stop and warn against attacking churches and synagogues? Who is disrespecting the Prophet more?

Governor Aminu Tambuwal on Saturday imposed a 24-hour curfew on the State metropolis for fear of bloody protests.

Security operatives were stationed in strategic places to forestall any breakdown of law and order.