Celebrity Gossip: Mercy Aigbe remains ‘unperturbed’ despite her mother’s Ordeal from her Sister 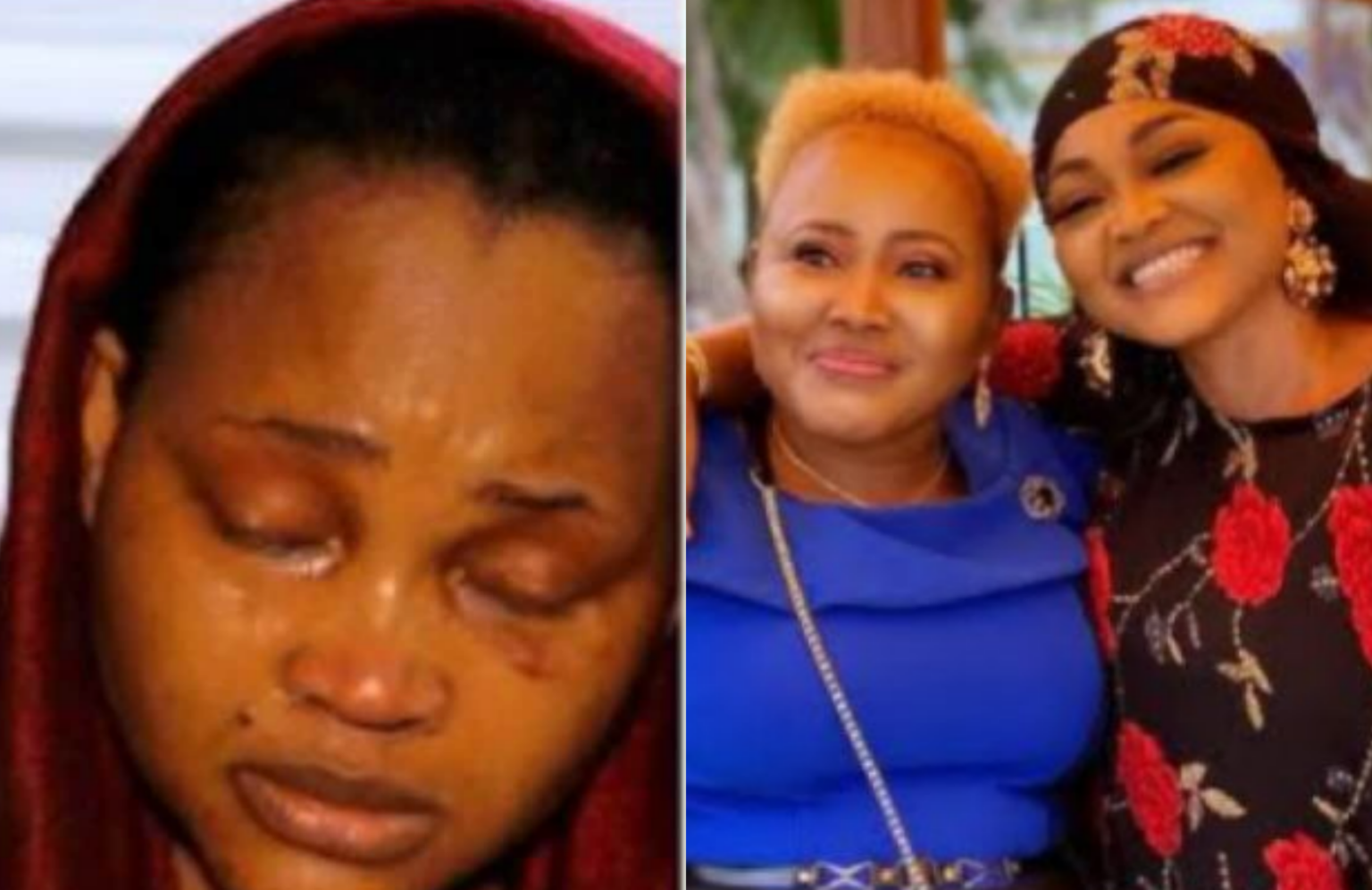 Their quarrel stems from Dr. Patience’s assertion that their mother is a witch and her use of  witchcraft against her in favour of her other beloved daughter, Mercy.

She added that the old woman refused to help her pay back a N800,000 loan that she had borrowed and was required to refund.

According to rumors, Dr. Pat set fire to the residence on Adebayo Mokuolu Street in Lagos, which is directly across Anthony Village Recreation Center. The house was down and nothing could be rescued.

Currently, Mercy’s mother has no place to return to because the house has been razed down.

Residents had been awakened earlier on Friday, September 30, by Dr. Pat’s commotion and screaming as she went on the rampage and wrecked her mother’s automobile.

Her mother, who suffers from arthritis, stayed inside while her enraged daughter broke her car and cursing her .

Since the news went viral, Mercy Aigbe remained unperturbed and has continued her normal social media flaunting as nothing serious had happened. Her last two posts after the incident were her showing off her beauty and luxury flat.

Social media users have continued to react to the shocking news. One Esther Luve wrote, “But these things existed in the bible too now.why are people pretending that it doesn’t exist?What Rebecca and Jacob need to Esau in the Bible is called what ?Stealing and transferring of glory.Also same Jacob that stole his brother’s blessing from their father did same to his two grandson borne by Joseph in Joseph’s presence.Joseph took them both,Ephraim with his right hand toward Jacob’s left hand,and Manasseh with his left hand toward Jacob’s right hand.and bought them near him.Then Isreal stretched out his right hand and laid it on Ephraim’s head,who was the younger,and his left hand on Manasseh’s head,guiding his hands knowingly,for Manasseh was the firstborn.Please you all should read the bible verse to the end because I am tired of writing.Genesis 48:11:20 .And Joseph said to his father,”Not so,my father,for this one is the firstborn;put your right hand on his head”.But his father refused and said”I know,my son.I know He also shall become a people,and he also shall be great;but truly his younger brother shall be greater than him he,and his descendants shall become a multitude of nations.Jacob had done the most right from the womb.He has always be fighting Esau his brother.He even held him right inside the womb not to be delivered before him.The same Jacob connived with his mother Rebecca to steal and exchange their father’s blessing to Jacob.The same Jacob fought with an angel.Vawulence nations, Know that parents especially father’s have the mandate or authority to bless their children and also curse them.The Patriach of your family have the power to bless/curse you too just like Jacob did by exchange the glory of his grandsons to the last Born.So an Unbeliever parent have the power to transfer the blessing of their children to who they favoured.Please know that they have the powers to do all of these most especially if they don’t have the fear of God.Even God chooses to bless whoever he pleases. Why did Cain killed Abel?was it not because Abel’s burnt offering was accepted and his was not and jealousy took over and killed Abel that made him to become the first murderer on earth ?although Abel did better than Cain.Bible said a man’s greatest enemies are”

One Suzan Nart-Elvis commented, “I don’t care what your babalawo or pastor told you but this is wrong on all levels…seriously?you burn your mothers house down and damage her car all in the name of what you believe??? No human or man can stop you from attaining your destiny in life,if your sibling is doing better,luv on them and do better to get better…all humans can’t be great in this lifetime,one must be better in one way or the other… stop the violence,create a serene and peacefulness in your family and see how your own blessings will come. A good heart and hard work is all you need in life.

One Omotola Imoleayo wrote, “Hmmm nothing but BITTERNESS and ENVY. Your job is different from hers you are good in your own way and have a good job. She’s a celebrity because of the nature of her job. She do care for her mother. Anyways, there is always someone like you  in a family, it’s  not new but I pray  I don’t have  a sister  like you. Ologo bend down select’’