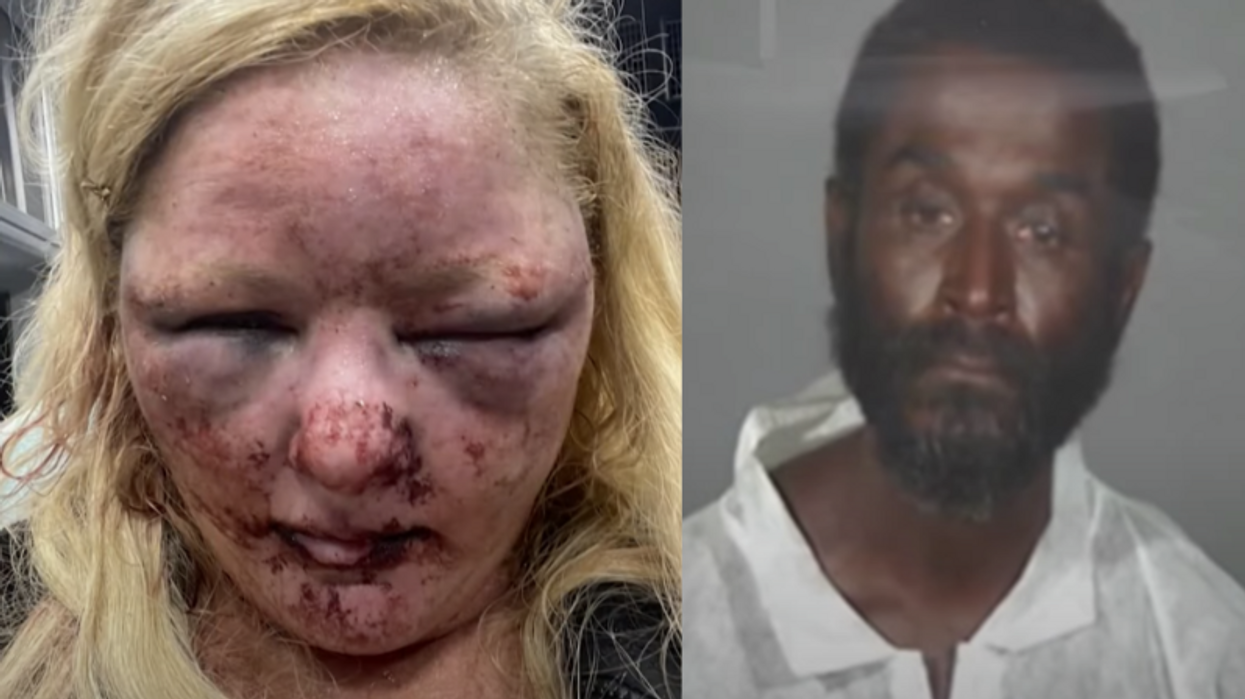 On July 31, Marissa  Young was walking  her 13-year –old  dogs late at night  in the Torrance  neighbourhood  of Los Angeles.  She had just finished  her shift  at a nearby  restaurant.

While  she was walking  near  the Nova  Community  Church , a man  attacked  her from behind.

‘’I was tackled  from behind , I heard nothing ,’’ Young told KTLA. ‘’I didn’t  have headphones in,  I wasn’t  looking at  my phone, I was  just walking  straight  forward to my destination.’’ The man forced her to the ground and began  beating  and raping Young.

Young said, ‘’I fought back like crazy-I did everything  to get this person  off of me. I bit his fingers, I tried  to push him  off of me.’’

‘’He asked –well  told – me   to perform  oral sex on him , which  is when I bit  his pen*s  as hard as  I could- to try to bite  it off in the hopes that  he would run away, Young  explained. ‘’It did not come off-it just injured  him  severely- it  just angered  him and  and enraged him.

He  beat me  even more  severely. He was  able to  continue  the rape even though  he was severely injured in that sense.’’

‘’My nose  is broken in four different places, and  this bone was shattered here (she points  to her upper cheek area).  You can  still see a lot of swelling  in my face.’’

The vicious sexual attack lasted an an agonizing  30 minutes. Marissa said  of the  violent  rape, ‘’This  is a nightmare, just let me  wake up  from it’’.

‘’For whatever reason , he decided  not to kill  me and said,’You  can go now,’ and pointed  out my keys in the grass,’’ Marissa said.

The bloodied  sexual assault  survivor  was naked from the  waist down . She ran  to a nearby home –where she had  to persuade  the resident to let her  inside  and call 911.

The attack  left Marissa missing teeth and suffering  broken bones, deep bruises  and emotional scars. She was partially  blind  for about a month after  the gruesome  attack. Young’s  agonizing  injuries required  five surgeries.

The alleged attacker  is 46-year –old  Darrell Waters-described  as a local  homeless man. He wa arrested   by police within 36  hours of the attack.

Waters was charged  with one felony counteach  of forcible rape, forcible oral  copulation, and sexual penetration by use  of force. He is now being held  without bail.

KTTV reported  that Walters was released  from jail  for a misdemeanor  just hours  before  the alleged  attack. He was charged  with unlawful  possession of  a dagger.

The Torrance  City Attorney’s Office  said Waters release by the Torrance Police  Department  was ‘’in accordance  with  the penal code.’’

Young said  of her alleged  assailant’s release, ‘’It  makes me angry. It’s horrifying to think  that they  were  holding this guy  with a huge  knife that was taken off him  thsat ‘s illegal  and he was let go  the next  day even though  he has a record.’’

A   ‘GoFundMe’  campaign was launched to help  pay for medical  expenses from the attack.

Marissa is trying to  forgive  her attacker.

‘’I think  that staying  angry with  someone  who did  this to me who  doesn’t know me-I could  have  been anybody –it’s sort of fruitless.’’