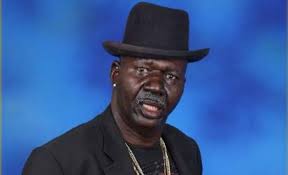 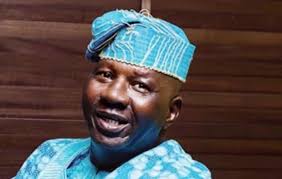 The comical veteran dramatist,  Babatunde Omidina a.k.a. BABA SUWE, will be buried on Wednesday in Lagos State.

Baba Suwe’s son,  Adesola Omidina, revealed to Sahara Reporters that his father would be buried at their residence in the Ikorodu area of Lagos State.

‘’He is set for burial tomorrow(Wednesday)’’, the son said.

Sahara Reporters learned that a condolence register was already opened for sympathizers, fans, and well-wishers of the Nollywood actor.

It was widely reported on Monday as declared on the Instagram page of the demise son, Adesola that his father was had died.

‘’This is to announce the sudden death of my father Mr. Babatunde Omidina. The legend and rare gem ‘Babasuwe’ 11/22/21; other details will follow shortly. May your soul rest in perfect peace Dad, he posted.

Recall that the actor was on October 12, 2011, detained by the National  Drug Law Enforcement  Agency (NDLEA) on the suspicion of drug trafficking after a body scanner at the Murtala Muhammed International Airport Lagos identified suspected drug in his stomach.

However, with the assistance of his lawyer, the late Bamidele Aturu, a human rights activist, the allegation was described as false and defamatory by the ruling of a Lagos High Court. His fans and supporters cheered him as he left the court building after the hearing.

After the incident, the actor has not been active for years due to his failing health, which many attribute to his detention by the NDLEA.

In April 2019,  he was flown to the United State of America, where he was treated for diabetes.

Rev. Esther Ajayi supported the foreign medical treatment with a sum of N10million.

On February 24, 2019, Actor Yomi Fabiyi announced that the sum of N10million donation was received from Reverend (Mrs ) Esther Ajayi through actor and producer, Gbenga Adewusi, aka Bayowa for his treatment in the US.

Similarly, the Vice President, Prof. Yemi Osinbajo on February 21, 2019, donated the sum of one million nairas to support the actor’s medical treatment. The donation was made through  the office of  the Youth Organising Secretary, APC Lagos, Aregbe Idris