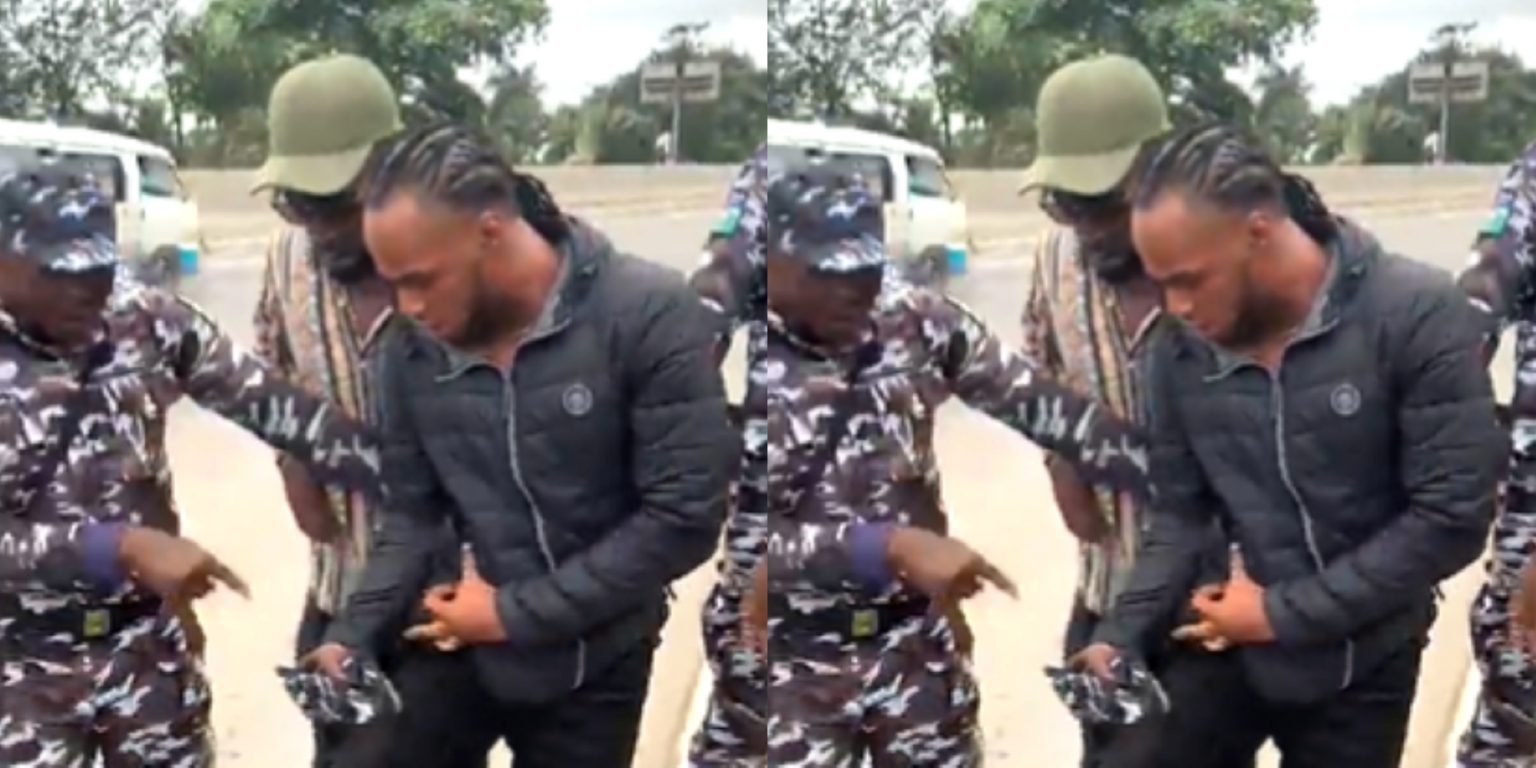 Othes include,  a 26-year-old  Oyedeji Motunrayo and 31-year-old  Bolade Richard, who are Corps members.

The four people were  arraigned on Tuesday at  the Magistrate Court, Ogba. The case has been adjourned  till October 10,2022.

They were taken to court  by the Police  for ‘’serious  assault’’ on officers , said the police Spokesperson, SP Benjamin Hundeyin

As recorded, the civilians engaged  a team of operatives in physical combat.

One of the defendants is seen pushing  off a policeman’s  cap, of which he later  seized  , after picking it  from the ground.

The Lagos State Police Command confirmed that both  parties  had video  recordings  which  were  reviewed.

‘’The police officers too are undergoing   questioning. Investigations   continues.

‘’One thing remains sure, , everyone , police  inclusive , found  culpable  will  face the law,’’ Hundeyin added.

‘’No conclusions  drawn   yet. Both   sides have video recordings, which will all be revied.

All occupants of the car are   currently  at the station. They  are :