Aftermath of Attack on Kuje Prison, Abuja, US Gave a Prediction On Nigeria 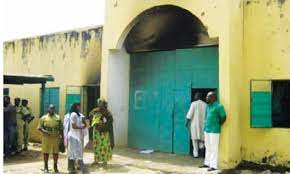 Following the terrorist attack on Kuje prison,  the US Embassy has warned its citizens against traveling on the airport road in Abuja. 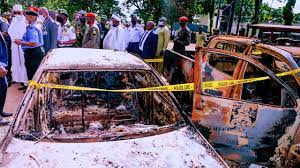 In a statement on Wednesday, July 6, titled, ‘Abuja FCT prison break near the airport on July 5, 2022’ , the US Embassy noted that crime has become endemic throughout Nigeria. 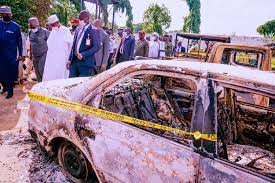 The embassy warned that an increase in crime is expected in and around Abuja after the prison attack. 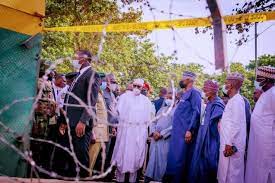 The statement read,’’ On the night of July 5, 2022, an attack on Kuje Prison freed a large portion of the estimated 1,000 prisoners. The prison lies approximately 7 miles southwest of the Central Business District. 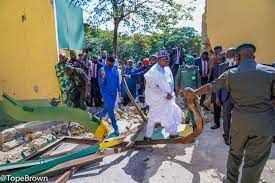 ‘’An increase in crime is expected in and around Abuja. It is recommended that U.S. citizens should maintain a high state of personal security awareness for the next two weeks and avoid unnecessary travel on the airport road.

‘’Crime is endemic throughout Nigeria and tends to spike after dark.’’ 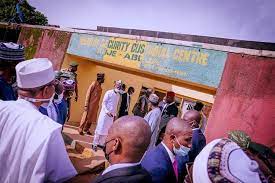 Following the development, the embassy advised  American citizens to avoid locations and situations that increase the likelihood of being victimized.

It also advised them to avoid the display of valuables and limit nighttime activity.

He said: ‘’I  am disappointed with the intelligence system. How can terrorists organize, have weapons, attack security installations, and get away with it’’.

According to the presidential spokesman, Garba Shehu, in the statement issued after the visit added that President Buhari like  most Nigerians was shocked by both the scale and audacity of the attack.

He said the President was also informed that the security forces had recaptured 350  of the escapees while about 450  others were still unaccounted for, and that rapid work was underway to recapture the rest.

Shehu said, President Buhari, accompanied by Boss Mustapha, the Secretary to the Government of the Federation, and Professor  Ibrahim Gambari, the Chief of Staff, stated at the end of the visit that he was expecting ‘’a comprehensive report’’ on the incident.

In another development, Major General Bashir Magashi (rtd), minister of defense said all  Boko Haram who escaped from the Kuje custodial Centre after the Tuesday night attack is still at large.

The minister said this on Wednesday after an assessment tour of the facility during which he confirmed that 64 Boko Haram members fled the facility adding that the terrorist sect is responsible for the attack.

He said:’’We  have a sizeable number of Boko Haram suspects in detention, they have all escaped and presently we cannot  locate any of them. Many people are being recaptured, we are trying to see what we can do to see that all escapees are brought back to prison’’.

Magashi, however, noted that investigations are still on to ascertain the number of missing inmates. 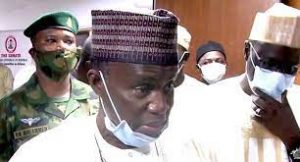 He said,’’ Very soon, we will give you the correct figure of the inmates that were taken. Aside from that, we are trying to see what we can do to ensure that all escapees are returned’’.

The minister noted that the prison is accommodating about 994 inmates, over 600 escaped and many have been recaptured and brought back to the prison.

He reassured Nigerians that the jailbreakers cannot go unapprehended and would definitely face the wrath of the law.