Adamu Garba: Biafra is a Fraud , but I’m in Total Support of The Oduduwa and Igbo Anthem 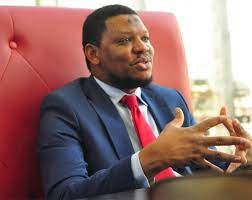 Adamu Garba: Biafra is a Fraud, but I’m in Total Support of The Oduduwa and Igbo Anthem

The former Presidential Candidate of People’s Democratic Party(PDP) Adamu Garba, has expressed his thoughts about Biafra, the Oduduwa and Igbo anthems.

This was contained in his Twitter angle saying that he is in support of the Oduduwa anthem.

In his view, ‘’it is about the renaissance  of the people.’’ ‘’People are  rediscovering themselves, they no longer  want to be led by some imported practices or rules by paper: they want their cultures, traditions and history to guide them’’ , he echoed.,

When asked if he would not mind the Biafra anthem too ,since it is considered the opposite of Oduduwa, Adamu Garba response  was that’’ Biafra as currently portrayed is a fraud but that he will always support the Igbo anthem .