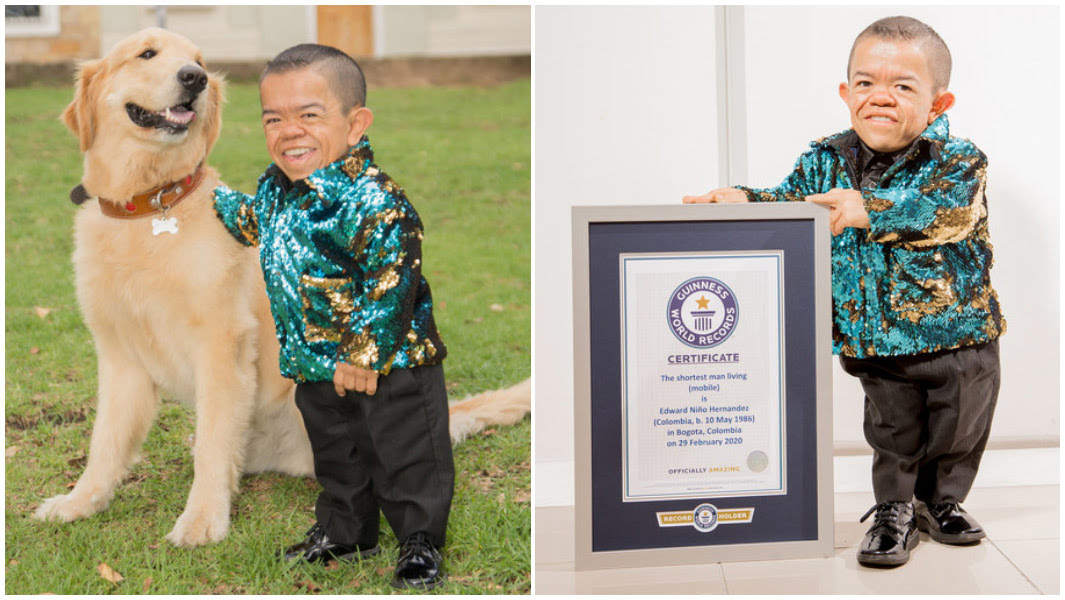 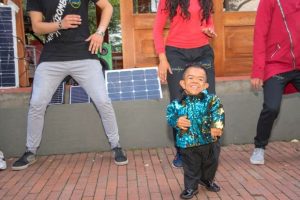 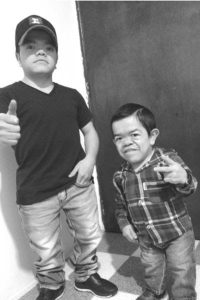 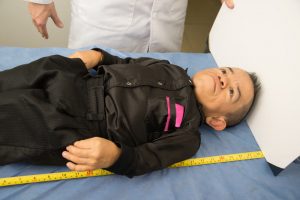 When Edward was  four years old, his family realized that  he was not growing like his friends. Although  his parents sought medical help, it was  about 0 years before  a diagnosis of severe hypothyroidism finally confirmed why  his natural growth had been affected.

Nonetheless, Edward  has always enjoyed  life  and strives to face  vicissitudes of life with optimism and vigour.

He also  works as a model  and dancer. Dancing  is his passion, and he has  a broad  musical taste.  Among his  favorite  genres are Reggaeton, Vallenato, Merengue and Electronic.

When Edward dances, all eyes in his environment turn to him. His talents  makes him feel proud of himself.

‘’For me, dancing is a  way  to express my happiness ; I can express the sound  of music through  my little  body. I feel   free , powerful and I believe  I have  no barriers to do what I love ‘’-says Edward.

Edward lives with his parents  and siblings in a country  house near Bogota. He enjoys  taking care  of his home. He specifically likes to organize  his room, sweep  the house and feed  and pet animals. He has chickens , pigs , cows, rabbits and more!

He describes himself  as a serious , loving  and very  cheerful person. Through  his personality and large heart, he wants  to express to  the world  that everything  is possible  and  that limits only exist in  the mind.

He wants to be remembered as someone who is enthusiastic, kind and good to people.

‘’I always share my big smile with everyone; that’s my charm.’’

‘’I can achieve everything I set my mind to . Everything is possible ….Size  and height don’t matter! I want  people to see who  I truly am: small in size , big in heart!’’

Edward is the eldest  of his four siblings. He feels very fortunate to have  the unconditional love  and support  of his family. He cites his family as his world, his support and his eternal joy.

His mother is his source of inspiration to  be positive and strong.

‘’She is the one who  motivates me; she is my driving force’’.

‘’My mother is the one who drives  me by telling me that there is nothing difficult  for me. She always tells me that Iam unique, and that God has great things  in store  for me’’.

Edward and his family also care for his brother, Miguel, who is 22 years old and 1.20 metres tall.

Miguel suffer from hip dysplasia and sometimes cannot walk  easily  because of the pain. Edward  is the one who accompanies him, encourages him and helps him to feel better.

One of Edward’s  biggest dreams is to travel  the world. So far , he has had the opportunity to visit Argentina, Chile and Ecuador. He is eager to show the world that  despite his small stature, he has a big heart.

‘’I would love to get to know other cultures, their gastronomy and the beautiful  landscapes that I see on television. On my  bucket  list  is to get to know the United States and Europe. I want to show  the world  who  I am  and everything   I  have  to give’’.