Workers Day in Nigeria-Any Impact on the Workers and Economy? 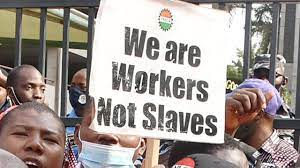 May Day, also called Workers Day or International Workers Day, is a day commemorating the historic struggle and gains made by workers and the labour movement, observed in many countries on May 1.

In the United States and Canada, a similar observance, known as Labour Day, occurs on the first Monday of September.

In 1889, an international federation of  socialist groups  and trade unions  designated May 1 as a day in support of workers, in commemoration of  the Haymarket Riot  in Chicago (1886)

Five years later, US President Grover Cleveland, uneasy with the socialist origins of workers Day, signed legislation to make Labour Day –already held in some States on the first Monday of September –the official US holiday in honour of workers. Canada followed suit not long afterwards.

In Nigeria, May Day is a public holiday first declared by the People Redemption Party (PRP) government of  Kano State in 1980. It became a national holiday on May 1, 1981 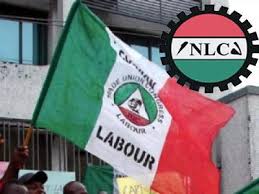 This International Holiday is observed on May 1. It is the most commonly associated with a commemoration of the achievements of the labour movement. The holiday may also be known as International  Workers Day or May Day and is marked as a public holiday in over 80 countries of the world.

Workers Day is dedicated to workers and labourers across the world to celebrate labourers and encourages them to be aware of their rights.

They do this by conducting protests, rallies and marches for the rights of workers and saving them from exploitation. 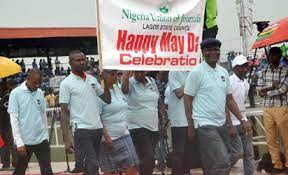 Research has shown according to Fashoyin(1984), a greater challenge  to trade unions in Nigeria is the non-institution of internal democracy in Nigeria Union owing to the unwillingness of their leaders to acknowledge basic constitutional requirements such as respect for individual rights and to be accountable to their members.

Also, Okojie(2011)  observed that internal democracy in the Nigerian trade Union is at its lowest ebb as a result of poor institutional opposition and a high rate of inactive membership.

In the same vein, Adefolaju(2013) conducted a study on five trade unions across Nigeria’s  South-West and observed that the trade unions are yet to imbibe the tenets of democracy in their internal administration and this is reflected in the low participation of their members in union activities.

The military incursion in Nigeria’s polity had laid the eggs against the emergence of democratic culture that would have ushered in freedom of expression, free competition and exchange of ideas in the economy.

The military junta have used instruments of outright banning of trade unions withdrawal of registrations, dissolution of unions and appointment of their own loyalists to manage the affairs of trade unions and this has continued in Nigeria to date.

Government interference scares the unions from boldly fighting for the masses. They have been gagged from making secret pronouncements with the corresponding effective actions. It has been severally alleged that once the union leaders are pocketed with undue secret compensations from the government they become passive toothless bulldogs.

This undermines the performance of trade Unions in Nigeria as instruments of promoting workers’ interests. Factionalism means the existence of small groups within the fold that oppose some of their beliefs and activities.

At times, this internal division among members may crop up owing to poor leadership and other selfish interest  of members, and when this happens, it becomes easy for the management or owners of these organizations to penetrate into the ranks of the organizations which may lead to some members of the Union abandoning their collective struggle.

For instance, the 2016 nationwide industrial action which was intended to force the Federal Government to reverse the N145 pump price of petroleum was crippled as a result of the factions within the NLC. Even as of today May 1, 2022, the labour union in Nigeria has not been able to trash out the incessant power failure, increase in Electricity tariff and many other sundry issues that have pauperized Nigerians.

The 2016 strike did not enjoy the support of their  NLC factional leaders and Trade Union  Congress(TUC). The emergence of this factional imbroglio in the NLC has weakened the activities of  NLC and TUC towards promoting the interest of their members and the general public. We see them make k-legged bold statements not backed up or followed up with effective actions.

Another factor militating against aggressive and cohesive unionism in Nigeria is the issue of the apathetic attitude of members of the  Unions.

Poor attendance at meetings because members see it as a waste of time and resources, therefore not able to achieve the desired objectives as a democratic organization, because meetings are attended by a small fraction of the membership.

Farmhand and Pillott(1985) posited ‘’that union democracy  cannot flourish when a small  number of powerful  national officers  manipulate union conferences for their own selfish ends in order to retain  power and authority.’’

The empowerment of the workers and their unions have been on the decline because of some factors. For example, economic downturn, unemployment and retrenchments.

Economic hardship which is caused by poor governance or leadership posed a challenge to trade unions’ activities thereby leading to poor cohesiveness and lack of focus in the union.

The government of the day sometimes threatens to use the means of no work and no pay when the trade union intends to embark on industrial action.

This is because most of the workers cannot withstand such measures in this harsh economic kwashiorkor bedeviling the country, hence Nigerian workers are silently lamenting(suffering and smiling), an apology to  Fela Anikulapo Kuti.

The FG banned any direct type of affiliation with foreign unions.  This is because they feared that the foreign union will meddle in the policies of the  Nigerian trade unions.

Finally, the impact of Nigerian Trade unions has not been felt adequately. Much has not been achieved for the Nigerian workers and the poor masses. There is high inflation, unemployment in the increase and the cost of skyrocketing staple foods and many others.

While it is good that there are labour unions in the country, they must move faster as interest groups to wrestle the Nigerian masses from hunger and starvation.