What may likely Caused Global Breakdown of Facebook, WhatsApp and Instagram-Reuter 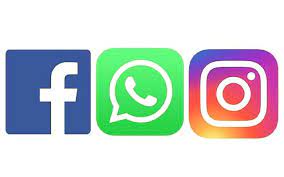 Facebook and others experienced this same problem in July this year and the issue was resolved within 24 hours.

According to Reuters, security experts tracking the situation said the outage could have been triggered by a configuration error, which could be the result of an internal mistake, though sabotage by an insider would be theoretically possible.

In a  report by Downdetector, a tracker of outages that collates states reports from a series of sources including user-submitted errors on its platform revealed that there were over 50,000 incidents which may be more, of people reporting issues with Facebook and Instagram.

Beyond these social Networking Platforms, individuals who use their Facebook passwords and usernames to log in to other apps such as Pokemon Go, Match Masters among others, experienced the same issue.

Also, ‘’if your game isn’t running as usual, please note that there’s been an issue with Facebook log in servers and the moment this gets fixed, all will be back to normal,’’ ‘’Match Masters, a puzzle game app, wrote on its Twitter account’’.

It is noteworthy that this hitch in accessing these social platforms has now been rectified as of today.