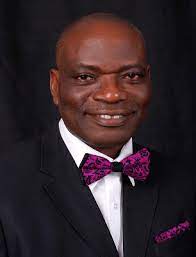 The Vice-Chancellor of the University of Lagos, Professor Oluwatoyin  Ogundipe has said that  students across  all levels will be writing their first semester examinations after the Nigerian  Universities Games Association(NUGA)

The VC  made this revelation in an interview with UNILAG  Sun last week while outlining the school’s blueprints for accommodation during the upcoming NUGA games.

Recall that the previous university calendar arranged for students in their third to final years to sit for their first semester examinations before the games. Freshmen and second-year students would afterward write after the games.

The VC,  however, explained that upon careful consideration of different factors, the University has decided to shift examinations across all levels till April.

Speaking further, Prof. Ogundipe said all students will vacate the school hostels by the first week of March in order to accommodate participants from other schools during the NUGA games.

‘’The students will vacate by the first week of March. Initially, we said years 2 and 4 will have their exams. Before the NUGA GAMES, but we’ve reconsidered. Everyone will be writing after,’’ he said.