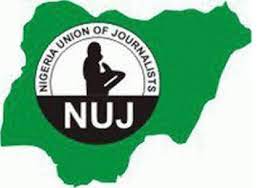 The Osun NUJ has directed its members to stop the coverage of police activities and insists on the redeployment of the Commissioner of Police.

Nigeria Union of Journalists, Osun State Council, has directed its members to put the coverage of activities of the Nigeria Police, Osun State  Command on hold following an unremorseful statement by the Command over the unwarranted shooting of the Nation Correspondent, Toba Adedeji.

A statement by the Chairman of the Union, Comrade  Wasiu Ajadosu, and Secretary, Comrade Bukola Elufadejin condemned the impenitent statement made by the Command, saying the import of the statement did not indicate any regret over the barbaric act.

The Union added that the Command’s statement was not better than a threat to Journalists in the State and failed to mention that the policeman who shot  Toba Adedeji would be identified, arrested, and prosecuted, meaning that since Toba is hale and hearty, the officer no longer committed any crime.

The statement noted that the Union would not rest on its laurels until justice is served in Toba Adedeji’s case and maintained its stance on the immediate redeployment of the State Commissioner of Police, Mr. Olawale Olokode.

The statement, therefore, called on Journalists in the State to remain resolute as the Union would do everything that is constitutionally possible to seek justice for the affected Journalist.

It would be recalled that the Correspondent of The Nation Correspondent, Toba Adedeji, was shot on Tuesday while covering a protest over the alleged killing of Abiola Afolabi by officers of the Nigeria Police, Osun State Command.