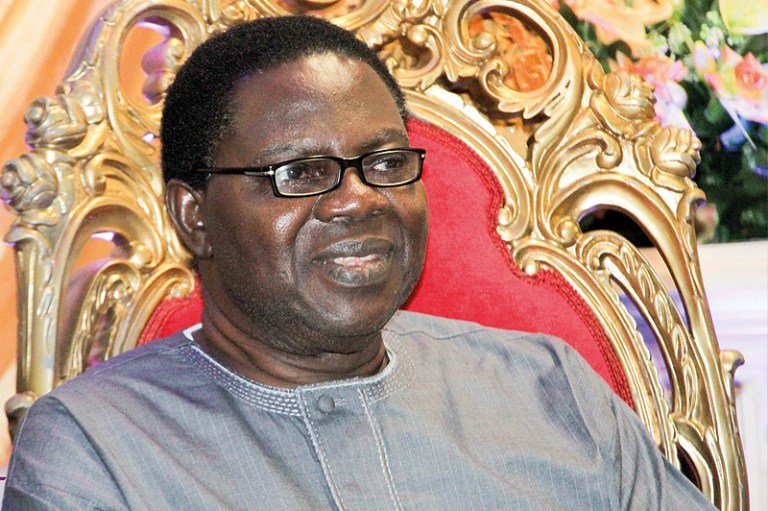 Juju Music Maestro and evangelist,Ebenezer Fabiyi Obey has given an inkling into the cause of death of his son Olayinka.

Olayinka, Obey’s sin passed on few days ago at the age of 48 years.

According to Obey,the situation was painful because doctors told me time was up for my son to go.”

Obey gave the impression that alcoholism and drugs could be involved as he said he had started a Ministry to fight the menace.

His statement on Tuesday:

“The doctors called me six months ago to inform me that Yinka had less than six  months to live.”

“It was too painful and bad news that a father must not hear about his son.”

“I have received several condolence messages from all and sundry.I appreciate everyone’s love and concern.I also thank Yinka’friends for their efforts and support”.

“I thank my eldest son,Shins,for coordinating all his younger brothers and sisters,for extra and special care for Yinka till the end of his life.”

I also thank the Pastor’s,Elders,and the entire Decross family for everything.”

“Once again,I appreciate all condolences,but let us turn further condolences to prayer support of this new Ministry,to help those who are in pain of alcoholism and drug addiction. Get out of alcoholism,get out of drugs. Jesus loves you”,he said.

Obey added that ,the Ministry would also become an avenue to assist parents and families of alcoholics and drug  addicted children and youths, in turning their lives around and making them better citizens in the society”.

The Juju Music Maestro said that,he was on a short vacation in the United Kingdom (UK) when he heard  about Yinka’s demise.

He said “Please,note that all engagements and commitments remain valid and unaffected.