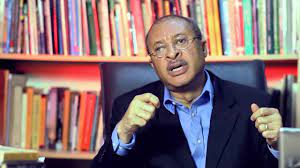 A political economist, Pat Utomi on Sunday in a meeting told a hybrid of Nigerians in Dallas, Texas, in the United States, they are duty-bound to champion the course to rescue  Nigeria.

According to Utomi, the diaspora remit more money home than Nigeria earns from crude oil sales. The former Presidential Adviser, who is leading a coalition of national redemption movements, said that the diaspora is a high stakeholder with a moral obligation to halt the drift in Nigeria.

He cited the example of India where a coalition of the diaspora and change agents swept off the order brought Narendra  Modi to power, and altered the structure of the nation’s politics.

Utomi said, the diaspora, which has higher competencies and a global network but is being blocked from national rejuvenation by politicians that thrive on exclusion to achieve State capture, deserve a place at the table.

He lamented that this political class, which continues to exclude women, youth and intellectuals, while incorporating drug barons and fraudsters, works hard to deny diaspora-voting rights.

Utomi told his audience that the shadow government he leads has offered an economic revival blueprint that has a critical role assigned to the diaspora.

He said the national economic strategy, built on clusters of manufacturing hubs and technology parks in the six zones in Nigeria, driving global value chains anchored on the latent comparative advantage of each zone’s endowments, will produce a dramatic turnaround in the country’s fortune.

Referring to Peoples Democratic Party and All Progressives Congress as the same, he said Nigeria must move away from politics of big men to that of big ideas.