NIGERIA : A NATION ON COURSE 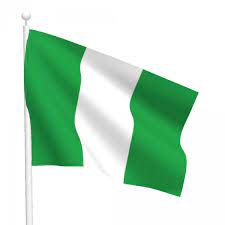 The genuine desire to building a new Nigeria will involve thinking out of the box. Yes, we have challenges, great challenges for that matter, at the Local Government, State, and Federal levels.

We have a catalogue of complaints, here and there. Hunger, Unemployment, Kidnappings, banditry, armed robberies, internet scams, money laundering, politically motivated killings, corruption in high places, and many more. In an attempt to solve one problem, others in greater dimensions rear their ugly heads and seemingly defying required solutions.

Nigeria and its citizens can learn from one organization called 3M. 3M is one of the most innovative companies in the world. Their modus operandi, as Jim Collins states in ‘’Built to Last’’, is –‘’ When in doubt, vary, change, solve the problem, seize the opportunity, experiment, try something new (consistent of course, with the core ideology), even if you can predict precisely how things will turn out. Do something. If one thing fails, try another. Fix. Try. Do. Adjust. Move. No matter what, don’t sit still’’,(Collins,1977)

Our leaders seem to be using the same system and modus operandi at the local, state, and federal levels, that have not been working or probably not sincerely applying it, or maybe, the faults are in the hands of the project managers or ‘contractors’.

We are in a state of a precipice, despite efforts of the governments and private individuals in their various endeavours and capacities to salvage our country.

There is hope. The issue at stake here is the government’s suspicion and being insensitive to constructive criticisms.

For instance, the media,(radio, TV, Newspaper, social/ online media, etc) always refer to as the watchdog of any government, hold discussions, conferences and seminars on a daily basis, discussing the strength and weaknesses of governments with a view to suggesting how to be more effective and efficient in delivering great dividends of democracy to the electorates. The media has not overlooked their strength and give kudos to them where necessary.  But what the media and other stakeholders have in return is suspicion by the government, arrests or closure or threat to close any media house who dare criticize them. Or embarrassing journalists performing their lawful duties at events! Yet Nigeria talks of ’Press Freedom’? Draconian laws are hurriedly promulgated to silence positive suggestions that will positively impact the indigent citizenry! This cannot augur well for a nation that is far due for growth and development.

Back to the ‘3M’ system of administration that may help our Nation to grow, as postulated by Collins (1997). The staff of 3M are encouraged and expected to get involved in creating innovative products for the company. Every technical staff at 3M is entitled to spend fifteen per cent (15%) of his time (at work) creating new products on his own initiative. So we are suggesting, the governments at the local, state, and federal should ‘’Do something about it’’. ‘Do something about it should become our national slogan.

We should be ready to do away with being political, ethnic biased but be engrossed in REAL NATION BUILDING AT THE GRASSROOTS. We should be ready to keep doing something –like the 3M Company until we discover what works best for us as a people. This is what the spirit of a nation builder should possess. In some states, local governments, and even federal levels, we still have the traces of bad roads full of potholes –relics of colonial masters! Industrial actions are almost every month, in different sectors of the economy agitating for one right or the other.

A country will grow and be at peace, locally, economically, and religiously if its security is assured. All other things are subjects to the citizens having to fend for their livelihood unmolested and without the fear of a knife on their jugular or bullets in their skulls when searching for their daily bread.

A situation where the usual complaints are ‘’no sufficient weapons to fight bandits or kidnappers, or the alibi of alleged foreign countries refusal to sell ammunition to us does not portray us well as the giant of Africa among the comity of nations.

It is high time we stopped looking too far outside, instead of looking inward. We need to have our own armament. Our military men and women are now well educated than before. Let the government empower them to produce our ammunition locally. Private individuals and half–literates, skilful in this area should be employed, and ‘housed’  ‘to apply local technology with the international technologies to stem this issue of the dearth of weapons to confront and conquer these monsters eroding the peace of Nigeria.

‘’ Fanon says ’’The future would have no pity for those men(and women) who possessing the exceptional privilege to speak of truth to their oppressors, have taken refuge in an attitude of positivity,  of mute indifference, and sometimes of cold complicity’’.

‘The interviews Nigeria’ believe that this is not the time to be silent or ‘gag’ the press. or any public opinion. It is a time to speak up and do something. In fact, this time, Nigeria and Nigerians need the media and public participation in governance. There is no life in the grave, everything there is silence. Nigeria as a Nation is on course. But we can reach the glorious destination if we are sincere about governance.

2 thoughts on “NIGERIA : A NATION ON COURSE”