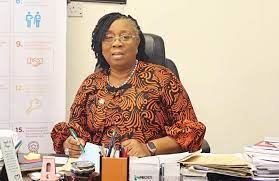 The Lagos State Government has concluded plans to commence the newly introduced  Senior Secondary School Programme with the pilot phase starting in January next year when students return from the Christmas and New Year  Holidays for the second tern academic session.

With this development, the students will combine the regular academic subjects with the real practical works in the same school.

The State’s Commissioner for Education  Mrs. Folasade Adefisayo made this disclosure on Tuesday at a strategic stakeholders’ meeting with the public and private organizations and individuals at the Gbayate area of Lagos.

She said, the essence of creating the comprehensive schools across the six education districts of the State is basically to produce students, who would gain quality academic knowledge that would make them successful in their school certificate examinations for higher studies and at the same time acquire relevant skills that would provide them with opportunities for employment and path to entrepreneurship.

While decrying the high rate of drop out which she puts at 90 percent among students who transit from junior school to the senior class and those who eventually sit for terminal examinations,  Mrs. Adefisayo said the new scheme would certainly boost students retention for completion of their studies and at the same acquire vocational and entrepreneurial skills that ould prepare them not only for a world of work but also a source of income even while in school.

She noted that a total of  12  schools in the six education districts and with 30  students per school would be selected to pilot the programme and 5 broad subject categories that include agriculture, tech and digital skills, media and entertainment, beauty and events as well as building and construction.

‘”We will also ensure the students are well trained in financial and digital literacy, communication, entrepreneurship, and marketing and sales across subjects of study, so as to be globally competitive in their areas of competencies’’., she stressed.

The Commissioner who joined the event virtually, explained that the State government would drive the initiative which is to be expanded subsequently with the relevant public and private stakeholders who would also serve as mentors and ambassadors to students.

She, however, pointed out that this is the best way to go for Lagos  State as a model for other states of the federation in these changing skills requirements for a 21st-century economy.

In her remarks at the forum, the Special Adviser to the Governor on Sustainable  Development Goals(SDG) Mrs. Solape  Hammoud, said it is important for the government to encourage and support both students on academic pursuits and those for vocational and entrepreneurial skills.

She said,  vocational education, for example, is the bedrock of the construction, manufacturing, digital / technology world anywhere globally, thus, how important the comprehensive schools initiative is to the  State government.

On his part, a participant and chancellor, WellSpring University, Pastor Ituah Igghodalo, commended the State government for the initiative, saying the programme if well implemented would drive real economic growth and development of Lagos State and Nigeria as well as the world at large.

He, however, urged the government to engage  qualified  and competent teachers and provide  the right environment  to drive the program to  success