If the EFCCand ICPC Work well,Some Presidential Aspirants for 2023 General Elections Should be in Jail by now-Obasanjo 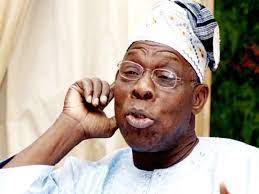 Former Nigeria President, Olusegun Obasanjo has said that if the EFCC and the ICPC did their job well, some of the presidential aspirants for the 2023 General elections should be in prison before that time.

The former President stated this while speaking during an international symposium to mark his 85th birthday in Abeokuta, the Ogun State capital.

According to him, ‘’Since 1999, we have changed  from one political  party or another; we have maneuvered  and manipulated  to the point that  election results are no longer reflections  of the will of the people and we seemed to be  progressively going back rather than  going forward  politically, economically and socially.’’

‘’ We have activities without requiting actions and personnel to move us forward. If we continue in the same pattern of recycling, sweet–word campaigning, maneuvering without the substance of integrity, honesty, patriotism, commitment, outreach, courage, understanding of what makes a nation and what makes for development, we will soon have to say goodbye to Nigeria as a nation.’’.

‘’I cast a cursory look at some of the people running around and those for whom people are running around. If EFCC and ICPC had done their jobs properly and were supported adequately by the judiciary, most of them would be in jail. Any person who has no integrity in small things cannot have integrity in big things’’.