GOOD CITIZENSHIP (THE YOUTH AND CORRUPTION) 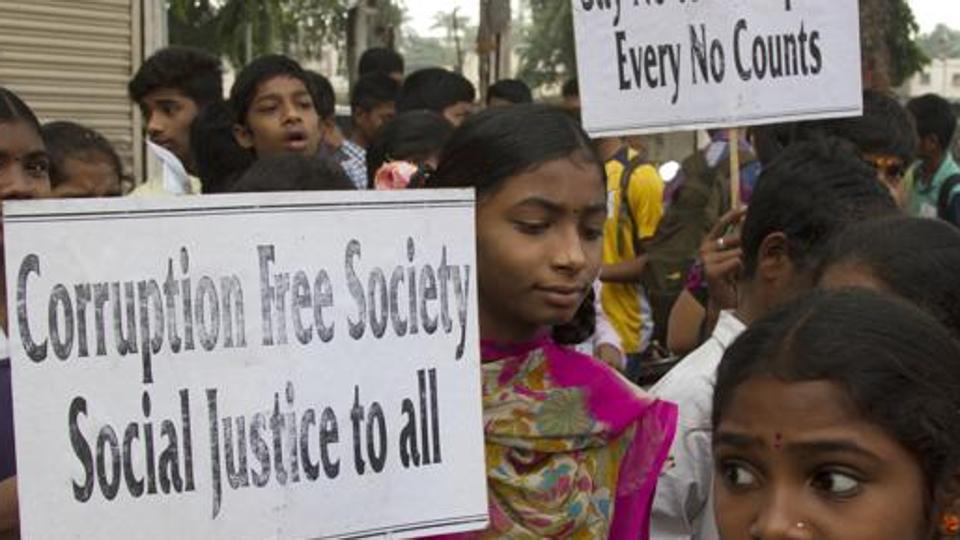 Reproduced below, is an unedited story culled from ‘The Pupil’ magazine of the late70’s

We brought this to  the reading public to buttress the fact that the subject of corruption has not only widened its scope in our society but seems to have defied meaningful panacea despite constant shouts and write ups by  patriotic citizens of this country and even beyond. We need a change for a better Nigeria.

This article is  germane  , now that the country , Nigeria is getting ready for another round of elections in 2015. We need to reframe our minds to play the game right and everybody should be involved in transforming this nation to a better one devoid of greed and avarice.

‘Corruption’   is a household word in Nigerian Society these days. Everyone talks about it in a detached and disinterested way. Everybody accuses others of corruption. Yet nobody owns it, or accepts responsibility for it.

What is corruption? A dictionary describes it as ‘’moral deterioration’’. In simpler terms it means the weakening  of  one’s  power to distinguish between right or wrong. In a corrupt society, the majority of the people are no longer capable  of   distinguishing  between right or wrong, and corrupt practices are accepted as a normal way of life. A Nigerian has recently produced a small book in which  he  analysed in detail the various forms of corruption now plaguing Nigeria in the book entitled ’’Anatomy of Corruption in Nigeria’’, the author divides corruption into three, namely: Corruption of the soul, Corruption of the body and Corruption of Office. There is very little distinction between the three forms. Therefore, for the purpose of this talk corruption will be taken as a whole.

The first thing a Nigerian who wants to check corruption in the society must realise is that it exists in every walk of life in the country. There have been allegations that police officers collect money from commercial motor drivers whether or not they find fault with the vehicles .It is common knowledge that some market women defraud their customers by manipulating their measures to their own advantage or  selling  rotten  or mouldy  but well polished foodstuffs to unwary buyers. It is common knowledge that that most jobs can only be  got nowadays through what is termed ‘long legs’.

What about the Pastor who  converts  church funds to his personal use and then destroys the records? What about the hospital workers, starting from the gateman, to the nurses and dispensers and doctors who do not perform their official duties unless their palms are first greased? What about the headmasters and principals of schools who reveal examination questions to their favourite pupils? What about University lecturers and professors who would  not  pass  female students unless the latter agree to be their girlfriends?

What  about  private school proprietors who  build houses and buy several cars from high school fees collected from anxious parents, instead of employing qualified teachers and providing good food , accommodation and teaching equipment for the pupils? What about the politicians who in the days of politics bribed the electorate to vote  for  them , or manipulate election results to enter the House of Assembly or the House of Representatives as the case may be. Even University students who are often referred to as the leaders of the immediate future have their own share of corruption.

Perhaps , we should next examine the causes of corruption generally and particularly in Nigeria.

First of all, we can take consolation in the  fact that corruption is the bane of developing countries and every developed country has passed through it  at one time or another in its development. It was the bane of life in   Great Britain , it was in Europe and the United States of America. It is now rampant in  some Asian and Latin American countries. So it is not  peculiar  to Nigeria alone. It has been recognized as one of the peculiarities of transitional periods, that is, the period  it takes a Nation to move from one stage to another. Corruption is usually found in a country where inadequate opportunities exist. When Nigeria had enough cultivable land for every farming family and enough pasture for every cowherd, there was no evidence of corruption in the country. Even in the  early days of British rule in Nigeria when there were enough white collar jobs for the educated young men there was little or no evidence of corruption. The trouble started when there were no longer enough jobs to go round  the many qualified men and women, or enough scholarships for brilliant people, or enough good and reputable schools and colleges for everybody.

Another reason is mass poverty and ignorance. It is the fear of poverty that drives the young job or scholarship seeker into the clutches of unscrupulous high officials. It is ignorance and mass poverty that  makes an electorate vote for notorious politicians for a mere mess of pottage. It is poverty that drives able-bodied young men into accepting to be politicians’ thugs. It is ignorance of their rights that makes professional drivers constant prey for  mean policemen. It is ignorance that makes the families of hospital patients bribe the hospital workers into taking  good care of their patient. It is the fear of poverty that makes even the privilege people on top of the social ladder, many of whom have themselves emerged from mass poverty, to want to be rich at all costs so that after retiring from their jobs they and their families do not experience deprivation again.

Another cause of corruption is lack of self- respect or honour. It operates both in the leadership and followership of a society. It is lack  of  self-respect  or sense of honour  that makes  a high  public servant or a firm’s boss demand money or other things from a job seeker  before he can employ him  or recommend him or her for promotion. It is lack of  self  respect that renders a  person unwilling to face up to his guilt  and the attendant punishment and makes him prefer to bribe his way through.

Yet another cause of corruption is excessive  love of money and the [power it bestows. A wealthy man or woman feels he or she  can buy everything; it is true that , on the surface, he seems to get everything-housed, cars, ability to give his children best  available education if they have the brains and  secure jobs for them , even when they  do not quite make the grade! He can acquire as many wives and girl friends as he likes. But this does not mean that he is happy, for happiness cannot be bought.

We can go on cataloguing these causes.  But the last  one  that will be mentioned is the Nigerian’s  aversion to report an evil doer or to give testimony against offenders, especially in the law courts. Perhaps, this is because of the time consumed in court cases. But generally, nobody wants to be instrumental to the downfall of somebody else  and so, they connive  at corruption practices.

What is the remedy for all these? Certainly both the Government and the Civilians have a role to play. The Government could  plan  a welfare state. This is a situation where  equal  opportunities are created for everybody. For example, every  child would have access to education, his success or failure  depending on his own potentials. There would be jobs for everybody. There would be adequate health services, and the other basic  amenities would be evenly distributed throughout  the country. While the citizens would be allowed to  develop their individual talents and build up big businesses and industries, the Government can legislate against wasteful spending and ostentatious  living. Afterall ,during the civil war, the
Military  Government  banned noisy merry making. Something similar could be done to check people’s  excesses which could give rise to unhealthy rivalry. What part  have the youths to play in all these?