Gbajabiamila asks for Support of UK Parliament on Insecurity 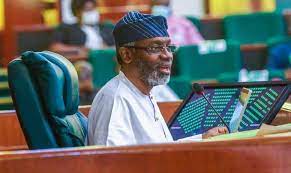 The House of Representatives  Speaker, Femi Gbajabiamila has requested the support of the United Kingdom’s  Parliament in the area of insecurity,m parliamentary diplomacy, and political and economic prosperity in Nigeria.

The Special Adviser  on Media  and Publicity  to the Speaker, Lanre Lasisi, made this known in a statement  yesterday

Gbajabiamila said Nigeria remained a key player in global affairs and that its parliament played an important role in addressing issues through legislation.

According to the statement, Gbajabiamila who spoke during a visit to the Speaker of the UK’s House of Commons, Sir Lindsay Hoyle, in Westminster yesterday, said the Nigerian House had used parliamentary diplomacy at different times and it worked.