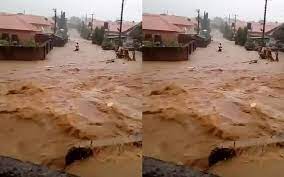 Three lives have been lost after a heavy rain that resulted in a flood that overwhelmed the Trademore Estate  Lugbe District, Abuja. 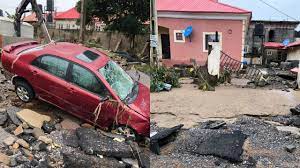 The residents of Trademore Estate, Abuja are now counting their losses as cars and houses were destroyed by flood on Sunday night September 12th 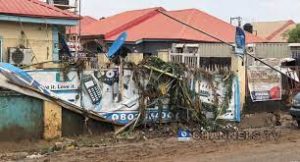 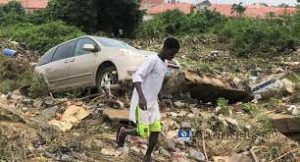 Eyewitness accounts revealed that the incident happened on the night of Sunday 21st September and lives were lost in the flood disaster.

Recall that Trademore Estate has been in the news for some time now when last year, one person was reported dead in the area after heavy rain.